Following the fall of Saigon in 1975, many Vietnamese refugees fled from Vietnam to America. They left to avoid the persecution they might face in their homeland after losing the war. While looking for shelter, many Vietnamese refugees were relocated to the Central Park neighborhood in Oklahoma City by different Catholic charities. The Vietnamese refugees built their own community known as "Little Saigon," (which became known as Oklahoma City's Asian District) located around 23rd Street and Classen Boulevard. Over the decades more immigrants came to Oklahoma and the community continued to grow and flourish. Vietnamese and Chinese-Vietnamese families own more than half of the businesses in the district, which include restaurants, grocery stores, and more. 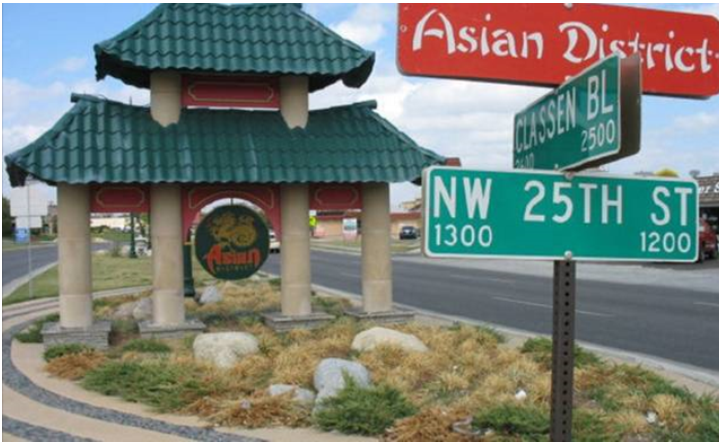