Although most citizens can enjoy the right to vote today, there was a time in this nation’s history when that was not the case. The federal government did not grant women the right to vote until the year 1920 with the ratification of the Nineteenth Amendment.

Suffrage is a word meaning the right to vote in elections. So, when someone is not given the right to vote, they do not have suffrage. This exhibit discusses the road to suffrage for women in Oklahoma. The people of Oklahoma are representative of many others across the country, some fighting for women’s suffrage and some against. Suffrage was controversial and brought to light a number of questions for the state and for the country. Explore this fascinating part of Oklahoma history that captures the how the state helped expand democracy! 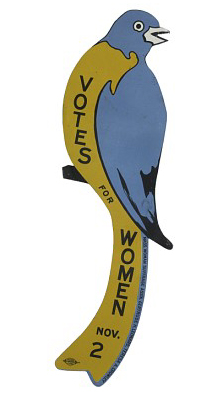 A suffrage cartoon (image courtesy of the Smithsonian).1 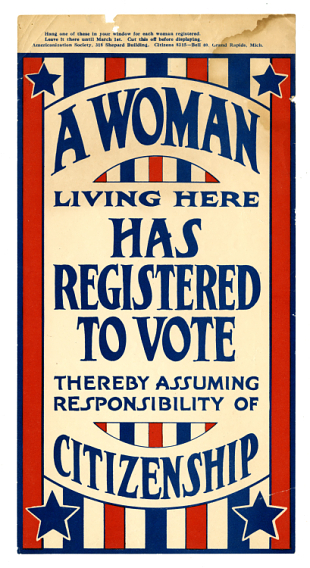 A suffrage poster (image courtesy of the Smithsonian).3 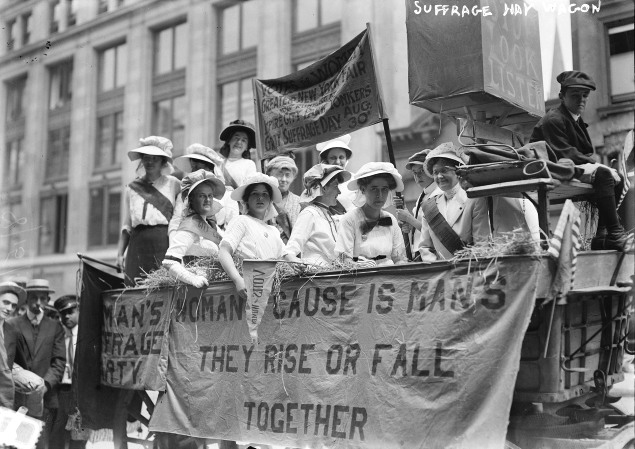 Women on a wagon for a suffrage parade (image courtesy of the Library of Congress).2