Women of the late nineteenth and early twentieth centuries felt pressure to live by certain cultural and social standards. Some women found these expectations to be confining, especially when it came to the ability to file for divorce.

Mrs. Jane Welsh-Strong and her husband agreed to file for divorce by claiming her freedom under the Thirteenth Amendment, which abolished slavery. Mrs. Welsh-Strong argued that because her husband was not making any money, being a stay at home wife in a home with no means was involuntary servitude.

The Thirteenth Amendment reads as follows:

“Neither slavery nor involuntary servitude, except as a punishment for crime whereof the party shall have been duly convicted, shall exist within the United States, or any place subject to their jurisdiction.”

Read the excerpts below from a 1909 newspaper article published by the Curtis Courier, a local Oklahoma newspaper, that outline Mrs. Welsh-Strong’s arguments.

“I have to work all the time. I don’t get any money for it. My husband can’t make much money.”

“Its terrible to have to bring children into the world and know that you won’t have money enough to care for them and educate them and give them a right start in life. That’s what I call slavery. Wasn’t that one of the strongest points against slavery, that mothers were forced to see their children brought into this world without a future for them?”

“Men seem to think that washing, scrubbing, taking care of a house without means; worrying about bills you can’t pay, wanting clothes you can’t get, wishing the very best for your children, and knowing they can’t have it— men don’t see that as slavery.”

Answer the questions below.

Answer the following open-ended questions with examples from the e-exhibit.

Merriam-Webster’s dictionary defines propaganda as “ideas, facts, or allegations spread deliberately to further one's cause or to damage an opposing cause.”

Evaluate the two posters below and answer the following questions.

The anti-suffragists made appeals to congress just like the suffragists. The National Association Opposed to Woman Suffrage wrote the article below, outlining their position. Read and answer the following questions. 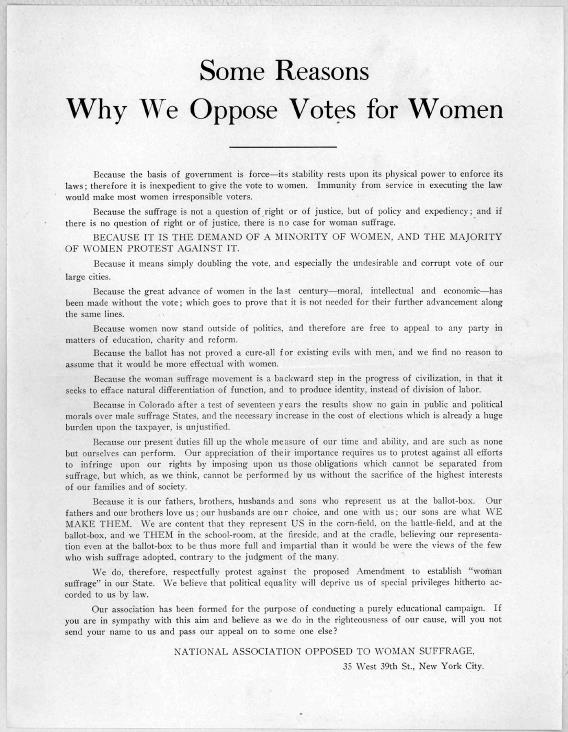 A woman holding a suffrage banner (image courtesy of the Library of Congress.)25

Constructing a Presentation: Create Your Own Banner

Suffragists commonly used banners to advertise their message during demonstrations. This was an effective way of spreading their ideas and arguments for equal suffrage. Look below to see examples of suffrage banners. 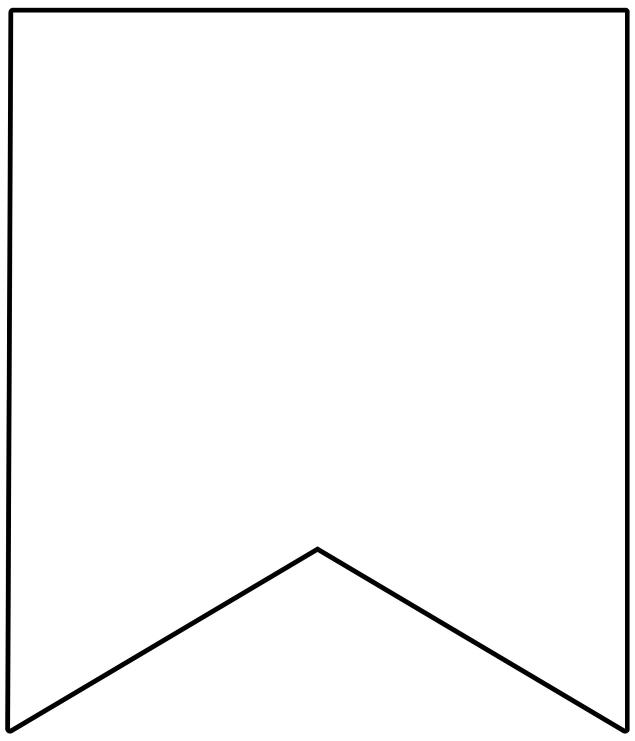 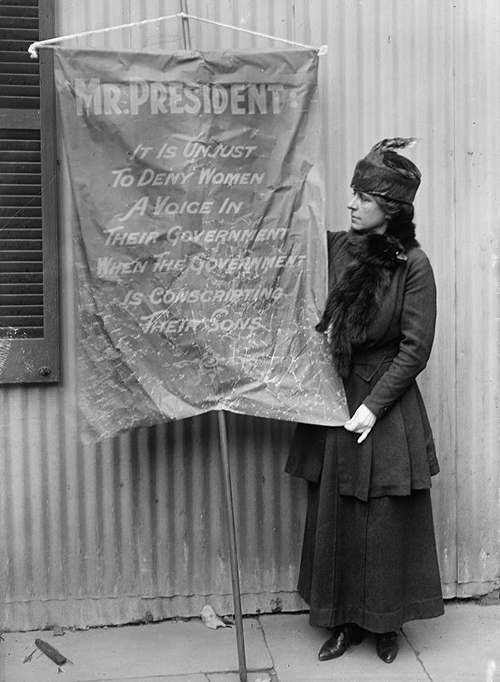 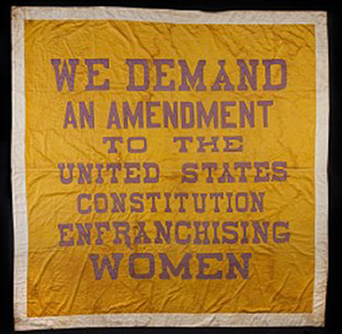 Photo of a suffrage banner (image courtesy of the Smithsonian).26 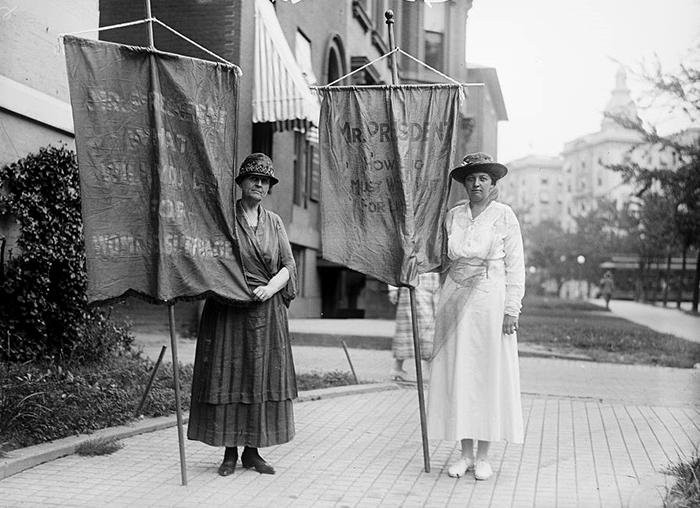