Home |    Women’s Suffrage in Oklahoma |  Suffrage as a Social Movement

Suffrage as a Social Movement

These organizations commonly spread their arguments by publishing bulletins, pamphlets, and magazines. These little booklets or leaflets typically provided a summary of their position alongside drawings or cartoons. This type of literature resembled the propaganda circulating for the war effort.

In addition to literature, both sides organized associations, participated in rallies, and petitioned the government about suffrage. 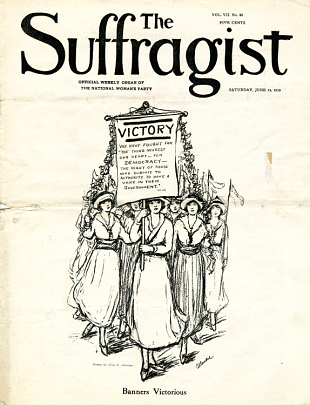 A suffrage magazine (image courtesy of the Smithsonian).6 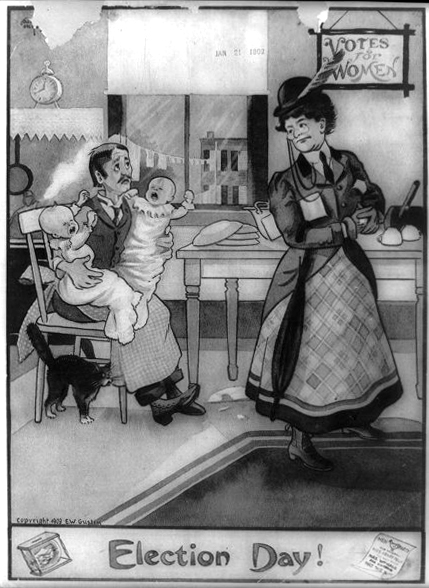 An anti-suffrage poster (image courtesy of the Smithsonian).7 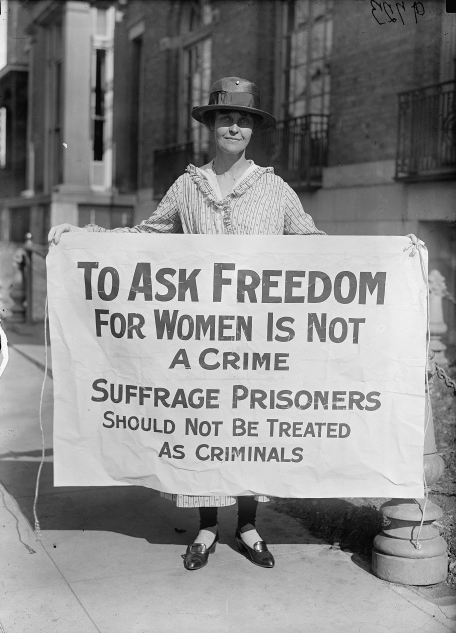 A suffrage protestor (image courtesy of the Smithsonian).8

Impact of World War I on Suffrage

The United States entered World War I in the year 1917. The war effort demanded men from all over the country, including Oklahoma, to go overseas and fight in Europe. In order for families to keep an income and free their men up to fight in the conflict, many women stepped up and took on jobs previously held by the men. Women also participated in the Red Cross and in Liberty bond sales. The role that women had in aiding the country in this way led to female empowerment.

The sacrifice women made during the war showed their patriotism. Their effort helped prove to men that women had the ability to engage in society and politics outside the home. After the war, many women began to advocate more persistently for suffrage since they felt they had proved themselves capable of managing responsibilities outside of domestic life. 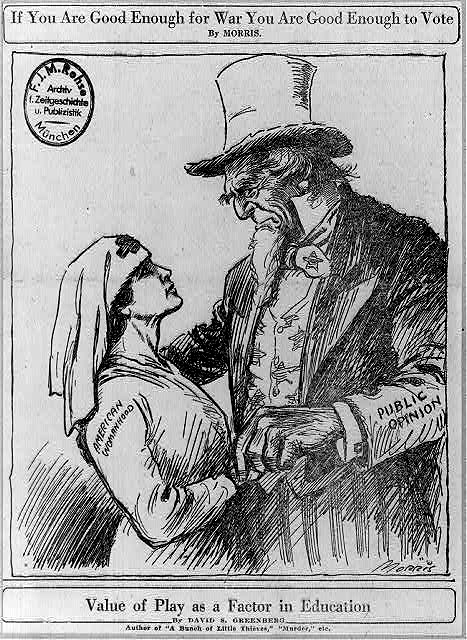 Political cartoon of Uncle Sam saying that this female army nurse is worthy enough to vote (image courtesy of the Smithsonian).9 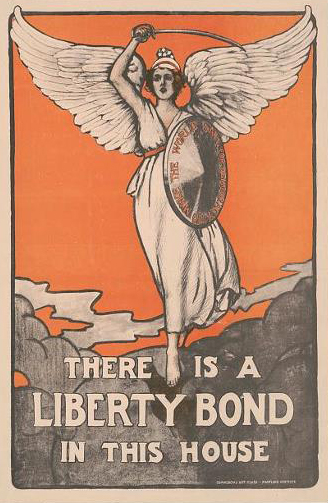 Image of a Liberty bond poster (image courtesy of the Smithsonian).10

The term “suffragist” refers to a person in favor of equal voting rights. Oklahoma had both male and female suffragists who developed organizations to more effectively lobby for women’s right to vote. 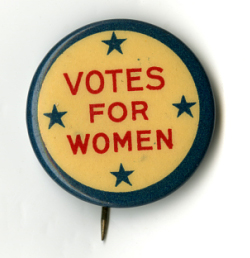 A suffrage pin (image courtesy of the Smithsonian).11 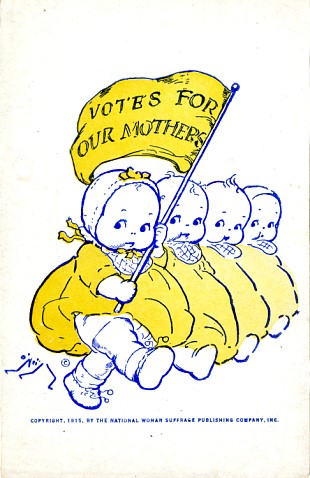 A suffrage postcard (image courtesy of the Smithsonian).12

A group of suffragists picketing (image courtesy of the Smithsonian).13

Anti-Suffragists opposed women gaining the right to vote. Interestingly, both men and women made up the groups of anti-suffragists. It can be difficult to understand why some women were opposed to gaining suffrage; however, many women agreed with the men who worried that allowing women to vote resulted in poor family care and contradicted female cultural responsibilities.

As discussed, prohibition played a role in women’s suffrage. On the other side of prohibition were the pro-alcohol or pro-liquor parties that opposed women’s suffrage in an effort to maintain the business and distribution of alcohol. Worried that giving women the right to vote would result in further restriction or even end the alcohol business, pro-liquor factions, such as the Saloon Keeper’s League, joined forces with anti-suffrage organizations.

Institutions like the National Association Opposed to Woman Suffrage (NAOWS) established the Oklahoma Association Opposed to Woman Suffrage in reaction to the growing call for suffrage. The Oklahoma Anti-Suffrage Association was established in 1918 with Alice Robertson as president. Anti-Suffragists did not petition, picket, and protest like the suffragists. “Antis” held that politics and speaking in public were not appropriate for a woman. Instead, anti-suffragists held teas and fundraisers while subtly handing out literature to state legislators. 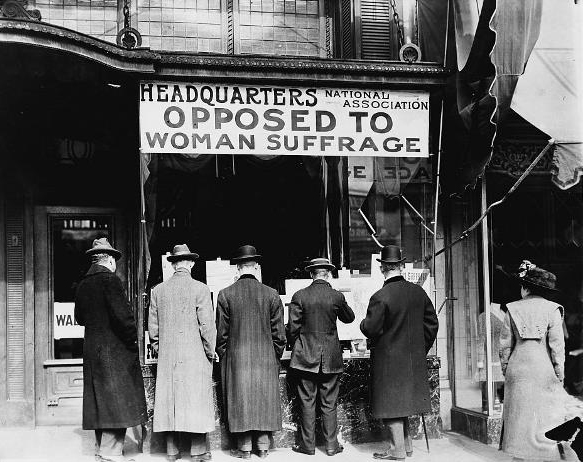 The headquarters for the NAOWS (image courtesy of the Smithsonian).14