The women highlighted here are only a few of the many involved with the suffrage and anti-suffrage movements during the late 1800s to mid-1900s in Oklahoma. Follow the links on the bibliography page for even more information about these women and other important Oklahomans! 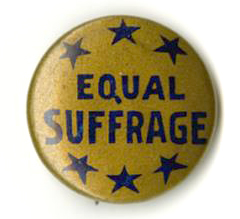 A suffrage button (image courtesy of the Smithsonian).18

Katie H. Himrod Biggers is an extremely important figure in Oklahoma suffrage history. Biggers acted as the president of the Oklahoma Women’s Suffrage Association (OWSA) from 1904 to 1911. Women in Oklahoma knew it was time to organize when it appeared that statehood would be coming within the next few years.

Statehood motivated women in Oklahoma Territory because it provided a fresh opportunity to “get in on the ground floor” of legislation, specifically legislation that would not require an amendment to but could include women from the start of this new chapter of history.

In order for a piece of legislation to pass, such as the women’s right to vote, there needed to be a consensus of more than half of the delegates present at a convention. Elected political representatives from around Oklahoma and Indian Territories made up the conventions. Both sides presented their arguments for or against women’s suffrage. Biggers actively worked with delegates planning to attend the 1906 Oklahoma Constitutional Convention in an attempt to gather votes in favor of women’s suffrage.

Biggers organized suffrage campaigns by mailing petition forms, traveling to speak to various organizations, and seeking political allies in the Oklahoma state government. A constant opponent to Biggers was Kate Barnard, an anti-suffragette, and in 1910 the two women ran against each other for commissioner of charities. Barnard won by 28,796 votes.

Even after her time as the president of OWSA, Biggers continued to write pro-suffrage publications in the Marlow Review and other Oklahoma newspapers. She later became vice president of the Marlow Suffrage Club in 1918.

Her accessibility to the women of Oklahoma and Indian Territories was valuable in spreading suffragist and prohibitionist ideas. In addition to these causes, McDougal was also an advocate for other issues that concerned women, such as sanitation, education, and state support for families.

McDougal found ways to be a champion for women even after the passage of the Nineteenth Amendment. Once women were allowed to vote in national and state elections, a number of positions opened up on a variety of federal and state committees for women. McDougal was elected to the Democratic National Committee and the Women’s Club Federation Peace Committee.

She later received a number of recognitions, awards, and degrees that all confirm her value as an influential leader in women’s rights. 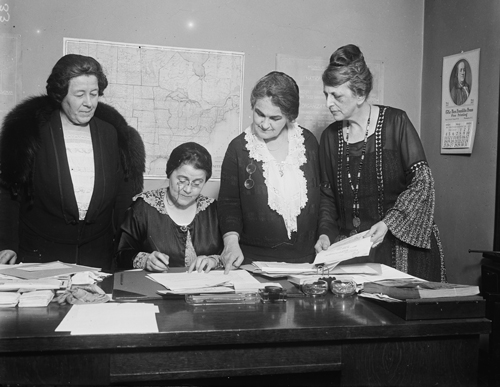 Alice Robertson grew up in a missionary family in Creek Nation, Indian Territory. She led a life of political activism and is a famous anti-suffragist from Oklahoma.

“Miss Alice” is well known for being the first woman from Oklahoma elected to Congress. Her journey began as a stenographer for the Indian Office in Washington, DC, and soon after she became a secretary for an Indian School. Robertson displayed a passion for American Indian affairs throughout her life.

Continuing her experience in education, she began a full-time fundraising effort for Muscogee (Creek) schools and she later became the head of Minerva Home, a boarding school for American Indian girls. Between her educational campaigns and her role in providing for troops during World War I, Robertson worked with many politicians, which provided her with connections that helped her election in later years. People throughout the state recognized her as a motherly and caring figure.

Although a strong and politically active woman, Robertson advocated against women’s suffrage. She became the vice president of the Oklahoma Anti-Suffrage League. Robertson claimed she knew from her own experience that it is burdensome for a woman to do a man’s work.

In 1920 Robertson ran for Congress and won a seat as a Republican representative for Oklahoma. Interestingly, the same year that women gained the right to vote Robertson, an anti-suffragette, was elected to office. 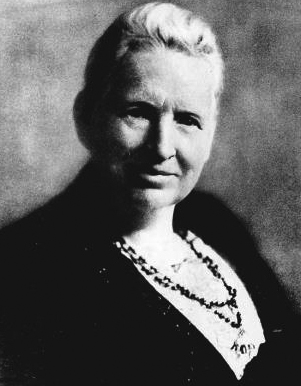 Kate Barnard proved to be a woman at the forefront of politics during the late nineteenth and early twentieth centuries in Oklahoma. While being a strong female political figure, she is also one of the state’s leading anti-suffragettes during her time.

Barnard is known as the first woman elected to a statewide government office in Oklahoma. In her role as commissioner of Charities and Corrections, she advocated for social-justice reform. Barnard made it her mission to secure better conditions and rights for orphans, individuals with mental disorders, protection for American Indians, child laborers, and prisoners. Barnard also actively promoted education reform.

Although Barnard maintained a position as a political leader, her opinion on women’s suffrage was negative.

In 1910 a widespread petition to include suffrage on the next ballot circulated throughout Oklahoma. The hope was to show state government a constituent majority existed in favor of suffrage. Although successful, the state also issued two voter regulations that restricted the suffragette’s voice. One restriction, known as the “grandfather clause,” made it difficult for black people to vote. The second regulation said that any ballot that did not vote included on the suffrage question counted as a “no” vote. The combination of these regulations meant that the suffrage effort lost once again.

Suffragists saw the 1918 state constitutional vote as the next major opportunity to make equal suffrage a part of Oklahoma. The months leading up to the vote saw a social and political battle in the state. Both those for and against suffrage campaigned throughout Oklahoma and filled the press with their arguments.

W. C. McAlester, a known anti-suffragist, headed the State Election Board and did everything in his power to keep the suffrage measure from passing. His tactics included only printing half the number of ballots and limiting soldiers’ access to state question ballots. After exposing these efforts as voter fraud, the Oklahoma House and Senate finally voted in favor of women’s suffrage, two years before the Nineteenth Amendment passed! 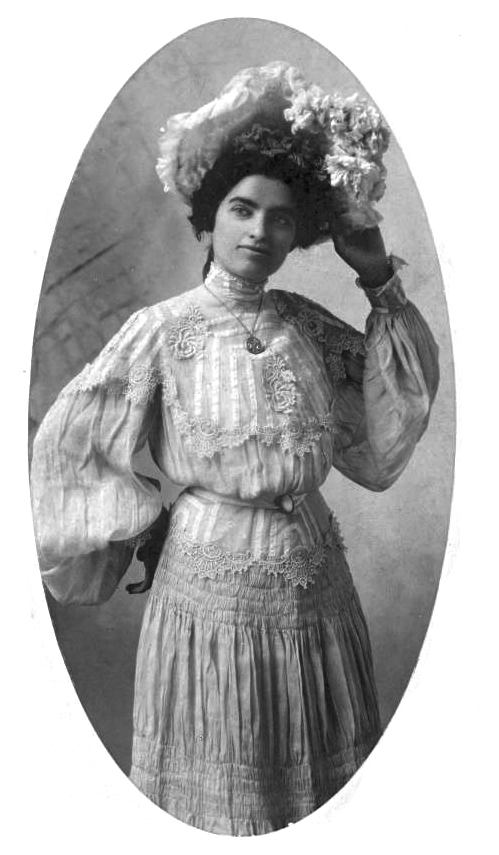