At first, the franchise—meaning the right to vote—was restricted to only white male landowners. The qualifications for those allowed to vote changed. The right later extended to both property owners and property less white men. In 1870, the Fifteenth Amendment acknowledged the right of formerly enslaved African American men to vote. Eventually, in 1920 the federal government recognized women’s right to vote as well. 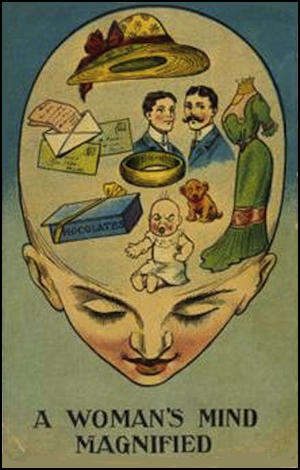 A 1906 artist’s take on what women think about (image courtesy of the Suffrage Postcard Project).4

To modern-day citizens, it might be difficult to understand why suffrage for women took so many years. However, it is important to recognize that people back in the late nineteenth and early twentieth centuries related to gender differently than we do. In the early 1900s, the United States and Oklahoma often divided the jobs and responsibilities of society based on gender. Gender roles are the expectations that an individual should take care of certain tasks and act a certain way simply because they are male or female. These roles made it difficult for women to be involved in politics, which was traditionally seen as a male responsibility.

The gender roles for women at this time centered on standards set by the “cult of domesticity” or the “cult of true womanhood.” These terms refer to the rules set for women by the culture and society of the time. These rules regulated how women should think, speak, dress, and behave. These guidelines limited women to a role in which their sole responsibility was to take care of the home and children. Anything else, such as politics, the economy, and jobs outside the home, should be left to men. Women were supposed to be submissive to this gender order.

If a woman wanted to participate in culture outside these specific roles, other people might see her as a poor mother or bad at being a woman. Furthermore, it was often believed that only men had the capacity to handle the more complex aspects of society. Some believed women were biologically and mentally inferior and less able to understand topics outside of domestic life.

Today, these beliefs are seen as sexist. Men are not better or more capable than women simply because of their gender. Women have the same mental capacity and capability as men.

However, the mood in the country and in Oklahoma was changing during the late nineteenth and early twentieth centuries. Due to the efforts of many suffragist groups, made of both men and women, people began to see the roles of women in a new light. Expanding women’s traditional gender roles to include politics marks a new kind of respect—respect that allows for more diversity in government.

These requirements came in a variety of forms. Both whites and Blacks took literacy tests. The government took away a person’s right to vote if they failed the literacy test. Additionally, the government created poll taxes to levy against African Americans as a way to limit their ability to vote. Those unable to pay these expensive fees lost the right to vote. States, including Oklahoma, used these methods across the country. 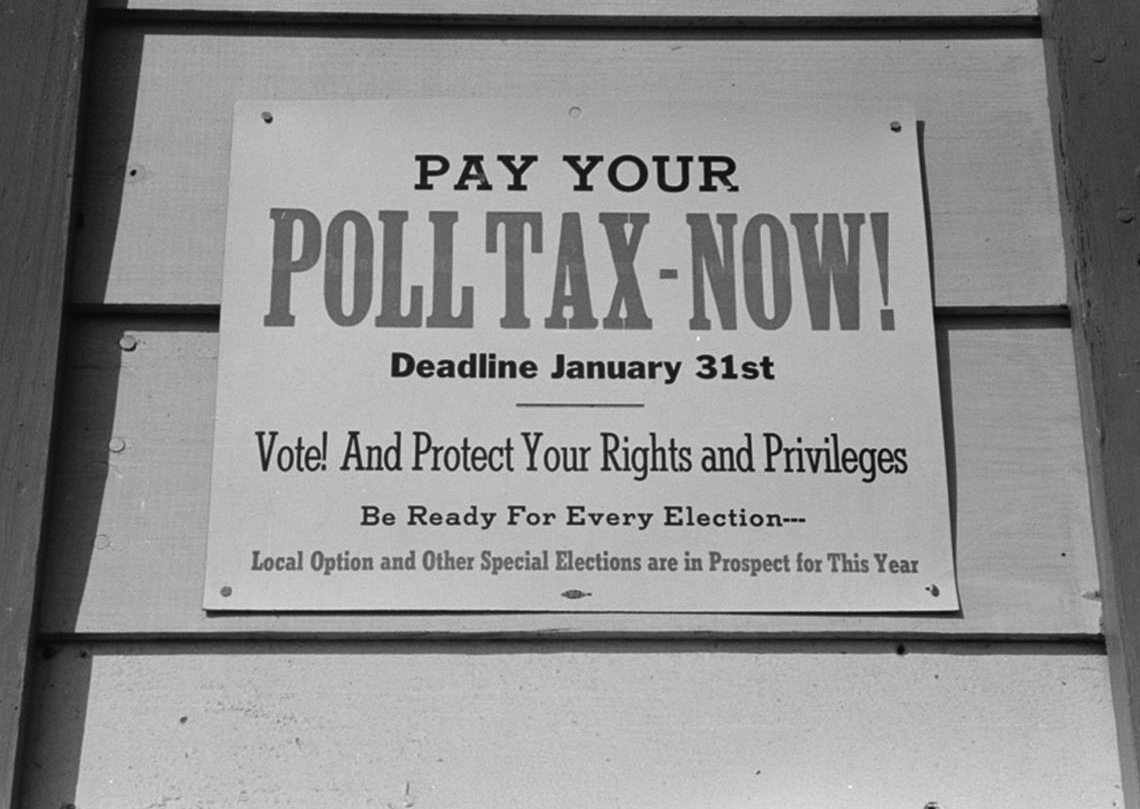 A sign for poll taxes (image courtesy of the Library of Congress).5