Suffragists tried year after year to add equal voting rights to the state constitution in Oklahoma. Efforts began in 1890 when the Women’s Christian Temperance Union proposed the suffrage issue to the House of the first Oklahoma Territorial Legislature. The House voted “no” but did grant women the right to vote in school elections.

Again, in 1897 and 1899, supporters of equal voting brought the suffrage amendment to the territorial legislature. The proposal passed in the House both times; however, the Committee on Elections of the Council postponed ratification, which gave anti-suffragists the chance to rally support within the legislature resulting in its rejection.

The Constitutional Convention in 1906 marked a massive effort by Oklahoma suffragists who secured support from suffrage organizations around the country. There was also support for suffrage within the group of delegates. Male political leaders who supported suffrage at the Convention include successful lawyer and eventual US senator, Robert L. Owen, and union leader, Peter Hanraty.

In addition to a strong anti-suffrage presence at the convention, delegates passed through a town holding school elections. The voters were mostly African American. As discussed in the “minority struggle” section of the exhibit, the desire to withhold the vote from Blacks was a major motivating factor in denying suffrage. Many delegates voted against suffrage and the proposal died. 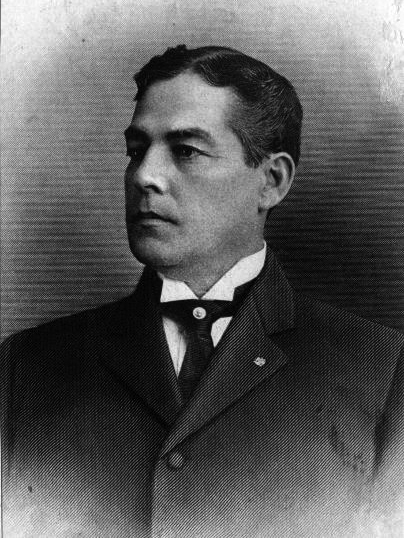 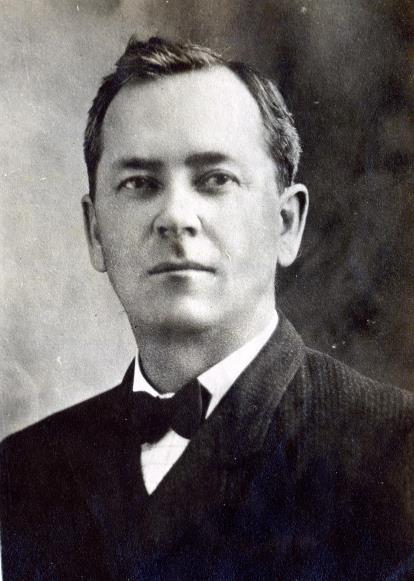 In 1910 a widespread petition to include suffrage on the next ballot circulated throughout Oklahoma. The hope was to show state government a constituent majority existed in favor of suffrage. Although successful, the state also issued two voter regulations that restricted the suffragette’s voice. One restriction, known as the “grandfather clause,” made it difficult for black people to vote. The second regulation said that any ballot that did not vote included on the suffrage question counted as a “no” vote. The combination of these regulations meant that the suffrage effort lost once again.

Suffragists saw the 1918 state constitutional vote as the next major opportunity to make equal suffrage a part of Oklahoma. The months leading up to the vote saw a social and political battle in the state. Both those for and against suffrage campaigned throughout Oklahoma and filled the press with their arguments.

W. C. McAlester, a known anti-suffragist, headed the State Election Board and did everything in his power to keep the suffrage measure from passing. His tactics included only printing half the number of ballots and limiting soldiers’ access to state question ballots. After exposing these efforts as voter fraud, the Oklahoma House and Senate finally voted in favor of women’s suffrage, two years before the Nineteenth Amendment passed! 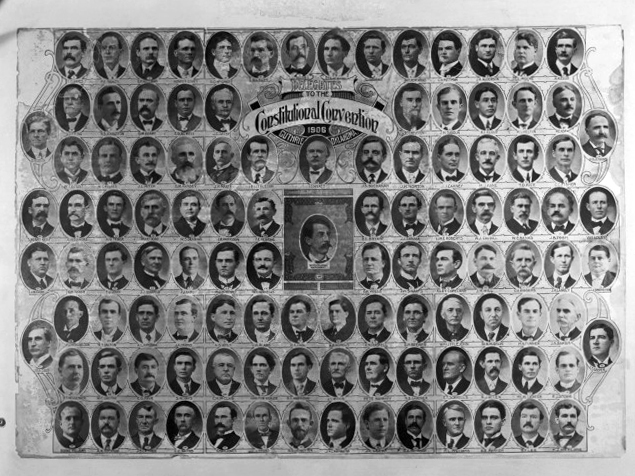 A print of all the delegates present at the 1906 Oklahoma Constitutional Convention (21412.M3831.1, Z. P. Meyers/Barney Hillerman Photographic Collection, OHS).17