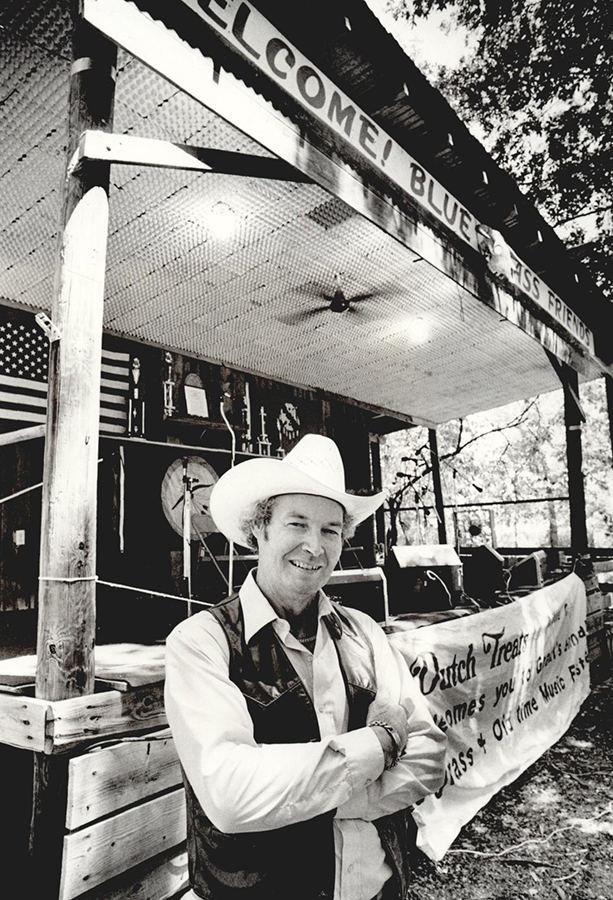 The Bill Grant Bluegrass Festival began at Hugo in August 1969 and attracted an audience of more than twelve hundred to this southeastern Oklahoma town. At the beginning of the twenty-first century between twelve thousand and twenty thousand music lovers from all over the United States annually attended the five-day event. The festival's popularity often leads visitors to arrive months and weeks ahead in anticipation of large crowds.

Started by Hugo native Bill Grant (1930– ), with the first festival featuring Bill Monroe and Ralph Stanley, the event is held every summer in Hugo's Salt Creek Park and is known as the oldest festival of its kind west of the Mississippi River. At this lively affair bluegrass tunes can be heard from professional and amateur musicians alike, playing guitars, mandolins, banjos, harmonicas, and fiddles around the clock.

Known for playing the mandolin as well as for hundreds of musical compositions, Bill Grant has performed with singing partner Delia Bell (1938– ), a Bonham, Texas, native who relocated to Hugo as a child, since the beginning of their professional relationship in 1959. Among the first promoters of an American Bluegrass music festival, the duo have been inducted into the National Bluegrass Music Hall of Fame and annually perform at Hugo. The festival's events have been documented by National Geographic photographers and Japanese publications.

The following (as per The Chicago Manual of Style, 17th edition) is the preferred citation for articles:
Gregory D. Zornes, “Bill Grant Bluegrass Festival,” The Encyclopedia of Oklahoma History and Culture, https://www.okhistory.org/publications/enc/entry.php?entry=BI007.