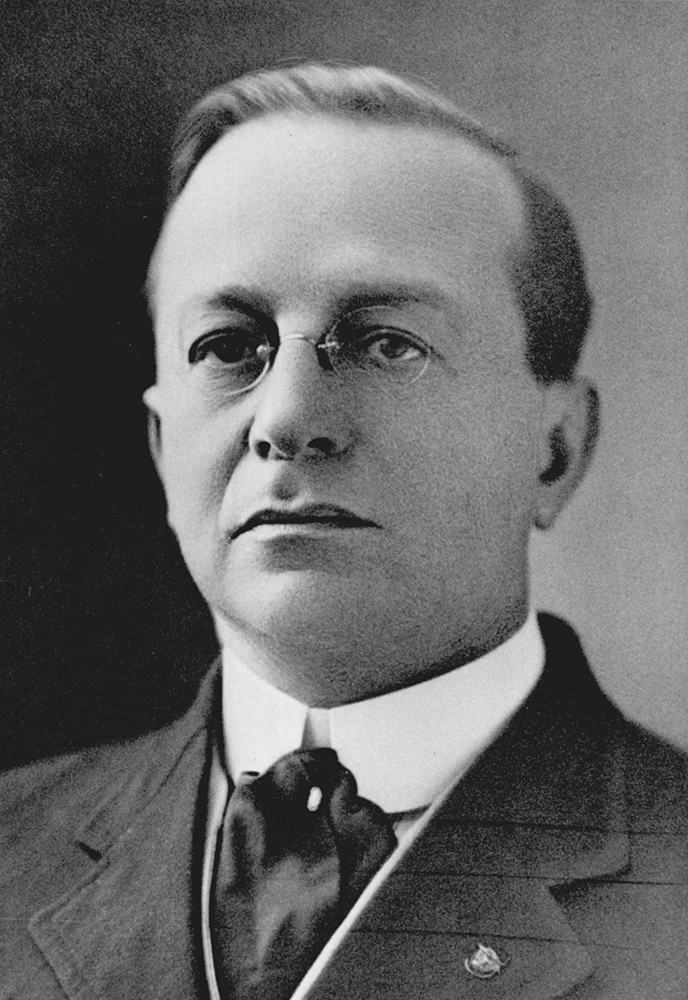 Oklahoma City civic leader and businessman Seymour Heyman served as the city's first chamber of commerce president. Born in New York on August 1, 1861, he attended college in New York City before relocating to Lawrence, Kansas. There he worked as a traveling salesman and in the dry goods business. In 1890 he married Rebecca Gerson, and they had one son, Stanley Heyman. In 1897 Seymour Heyman moved to Oklahoma City and opened the Hub Clothing Store.

Heyman vigorously engaged in his new home town's development. He founded the Oklahoma City Retailers' Association and also directed the Commercial Club, which became the Oklahoma City Chamber of Commerce. In 1903 he was one of three Oklahoma delegates who traveled to Washington, D.C., to seek admission of Oklahoma Territory to the United States as a single state, not coupled with Indian Territory. Nicknamed "the Arch-booster," Heyman worked to attract business to the city. He led a drive to raise guarantee funds that brought in meat packing plants of Morris and Company and Wilson and Company (originally Schwarzschild and Sulzberger). Heyman also served as president of the Oklahoma City School Board. He held leadership positions in the Oklahoma City Industrial Company, the United Provident Association, the Oklahoma State Fair Association, and the Oklahoma City Advertising Club. Beginning in 1905 he presided over the Oklahoma City Metropolitans (Mets) baseball team. He acted as director of the State Capitol Building Company, which was instrumental in moving the seat of state government from Guthrie to Oklahoma City in 1910. He occupied prestigious standing in the Masonic order and the Benevolent and Protective Order of Elks, serving as exalted ruler of the Oklahoma City Elks. He was also an influential member of the B'Nai Israel Temple congregation. Seymour Heyman died on June 20, 1912, in Oklahoma City.

The following (as per The Chicago Manual of Style, 17th edition) is the preferred citation for articles:
Larry O'Dell, “Heyman, Seymour Caesar,” The Encyclopedia of Oklahoma History and Culture, https://www.okhistory.org/publications/enc/entry.php?entry=HE021.