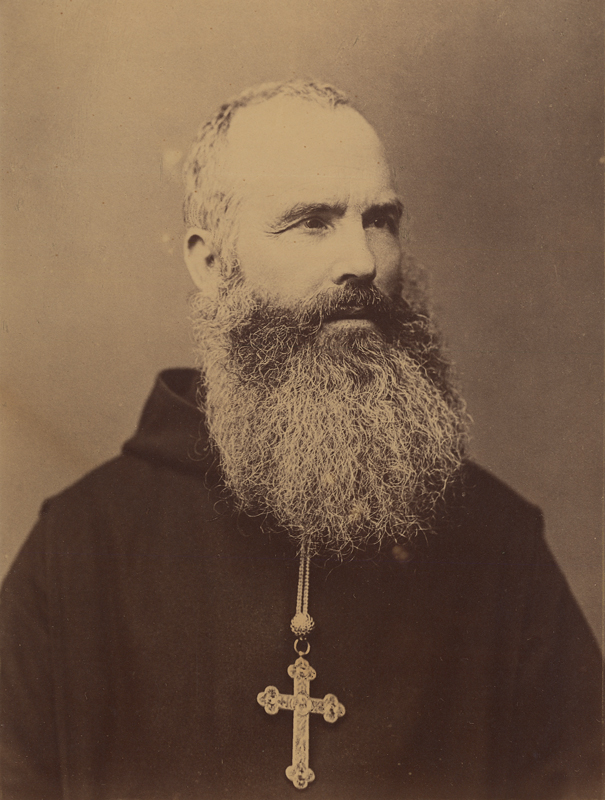 Born on July 18, 1837, at Thoriseau, France, Isidore Robot entered the Roman Catholic Benedictine monastery of Saint Marie de la Pierre-qui-Vire, in central France. He was professed as a monk in 1859 and ordained a priest in 1862. Anticlericals began closing convents and monasteries after the fall of Emperor Napoleon III, and as Robot's monastery was among those threatened, he and a companion, Brother Dominic Lambert, came to French-speaking Louisiana in 1873, seeking a fresh start.

At this time the Indian Territory was organized under the Diocese of Little Rock, in Arkansas. The archbishop of New Orleans, Napoleon Perche, arranged with Roman officials to let Robot take charge of a quasi-independent jurisdiction. It was to be known as the Prefecture Apostolic of the Indian Territory.

With this in mind, Robot and Lambert arrived in the territory in October 1875. They were the first Catholic missionaries to settle permanently in Oklahoma. The relevant documents were issued from Rome in July 1876 and reached Robot in Atoka two months later.

One of Robot's principal concerns continued to be a new monastery for his French brethren. To this end, he obtained a section of land from the Potawatomi Nation in exchange for his promise of a church and school. Here he laid the foundation for what would become Sacred Heart Mission and Abbey, in present Pottawatomie County. In 1880 he obtained five nuns from New Orleans to teach in his school for girls. In 1884 these were replaced by Sisters of Mercy from Lacon, Illinois, whose ministry in Oklahoma has continued ever since.

As a missionary Robot's focus was on American Indians, especially the Potawatomis and the Osages, and the coal miners of the Choctaw Nation. These last were a polyglot mixture, with Irish and Italians predominating. In 1884 he opened Oklahoma's second Catholic church, Our Lady of Good Counsel, at Lehigh. (St. Patrick's at Atoka, built by Irish railroad workers in 1872, was the first.)

A brusque and uncompromising man, Robot seems to have alienated parishioners and fellow monks alike. Replaced as monastic superior in 1882 (though not as prefect), he moved in 1884 to North McAlester and built a cabin that served as a chapel and residence. In 1885 he also started parishes at Krebs and Savannah.

In December 1884 he went to Baltimore for a council of American church superiors, and from there he went to Rome and submitted his resignation as prefect. He then returned to North McAlester. In 1886 his resignation was finally accepted, and his replacement arrived from France in November. Robot died while visiting a friend in Dallas, Texas, on February 15, 1887. He was buried in the parish cemetery at Krebs, but in 1900 his remains were transferred to Sacred Heart.

The following (as per The Chicago Manual of Style, 17th edition) is the preferred citation for articles:
James D. White, “Robot, Isidore,” The Encyclopedia of Oklahoma History and Culture, https://www.okhistory.org/publications/enc/entry.php?entry=RO010.