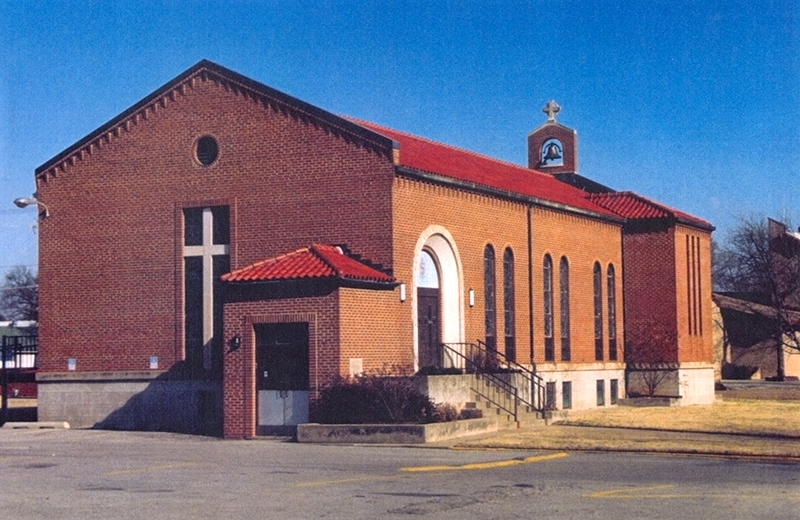 Syrian-Lebanese families who emigrated from the Arabic Middle East to the United States came in a great wave that began in the late nineteenth century. They found their way to Indian Territory and Oklahoma Territory between 1890 and 1900. One particular group, all from a single Syrian village called Judaidet Marjayoun, gravitated to Oklahoma City in the early twentieth century.

Most, if not all of Oklahoma City's Syrian-Lebanese families adhered to the faith and creed of the Antiochian Orthodox Christian Church, a part of Eastern Orthodox Christianity. By 1920 there were thirty families from Judaidet living in the city, and, having no church of their own, they all attended Greek Orthodox services. In that year the Antiochian Bishop in New York sent them a priest, Father Shukrallah Shadid, also from Judaidet. As the congregation grew, they raised money to build St. Elijah's Church at 1920 Northwest Thirtieth in Oklahoma City. The building was dedicated September 14, 1931. The board of trustees included B. D. Eddie, F. H. Barkett, Aziz Farha, N. J. Shadid, Sam Khouri, and Saleema Adwan.

In 1948-49 a rapidly expanding congregation built a new St. Elijah's at 2101 Northwest Sixteenth and dedicated it September 14, 1949. By the end of the twentieth century St. Elijah's had found yet another new home, at 150th and North Pennsylvania. St. Elijah Church is affiliated with the Antiochian Orthodox Christian Archdiocese of North America, Southwest Region, headquartered at St. George Cathedral, Wichita, Kansas. According to church historian Raymond Habiby, during the twentieth century Antiochian churches greatly assisted Syrian-Lebanese and other Middle Eastern Christian immigrants in the process of adapting from the Arab culture of the Middle East to life in America. At beginning of the twenty-first century the congregation included people of many ethnicities and walks of life. St. Elijah's holds an annual festival and bake sale each November featuring traditional Middle Eastern food and entertainment.

Tom Caldwell, From the Hills of Lebanon: The Syrian-Lebanese in Oklahoma, The Chronicles of Oklahoma 64 (Summer 1986).

The following (as per The Chicago Manual of Style, 17th edition) is the preferred citation for articles:
Dianna Everett, “St. Elijah Antiochian Orthodox Church,” The Encyclopedia of Oklahoma History and Culture, https://www.okhistory.org/publications/enc/entry.php?entry=ST004.