Life could get lonesome and quite mundane out in rural areas. Wild West Shows were some of the earliest forms of commercial entertainment and were often the first exposure of western culture to communities all over the world. Wild West Shows traveled from New York City to Paris, showcasing skilled horseback riders to millions of spectators around the world. Famed Cherokee and Oklahoman Will Rogers learned his exciting roping skills on a ranch in Indian Territory and then traveled the world entertaining audiences. Today, Wild West Shows have declined in popularity, while other forms of western entertainment, such as rodeos, continue to spread awareness for millions. Like many aspects of western culture, rodeos possess an extensive and diverse history. Race and gender once dictated who could participate but now have come to unify communities and open avenues to diversity and inclusion in western entertainment. 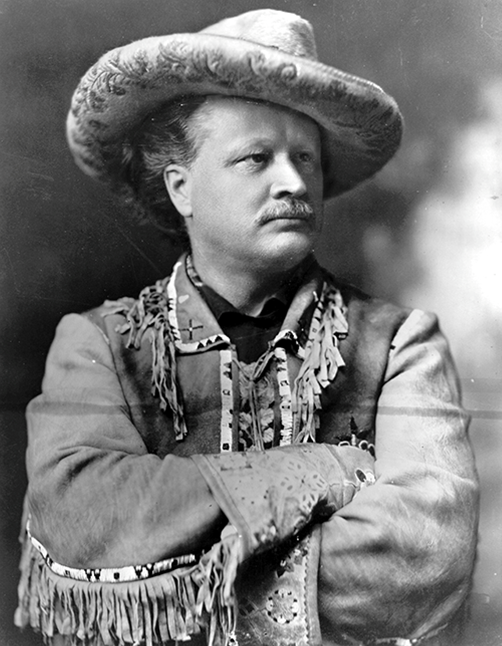 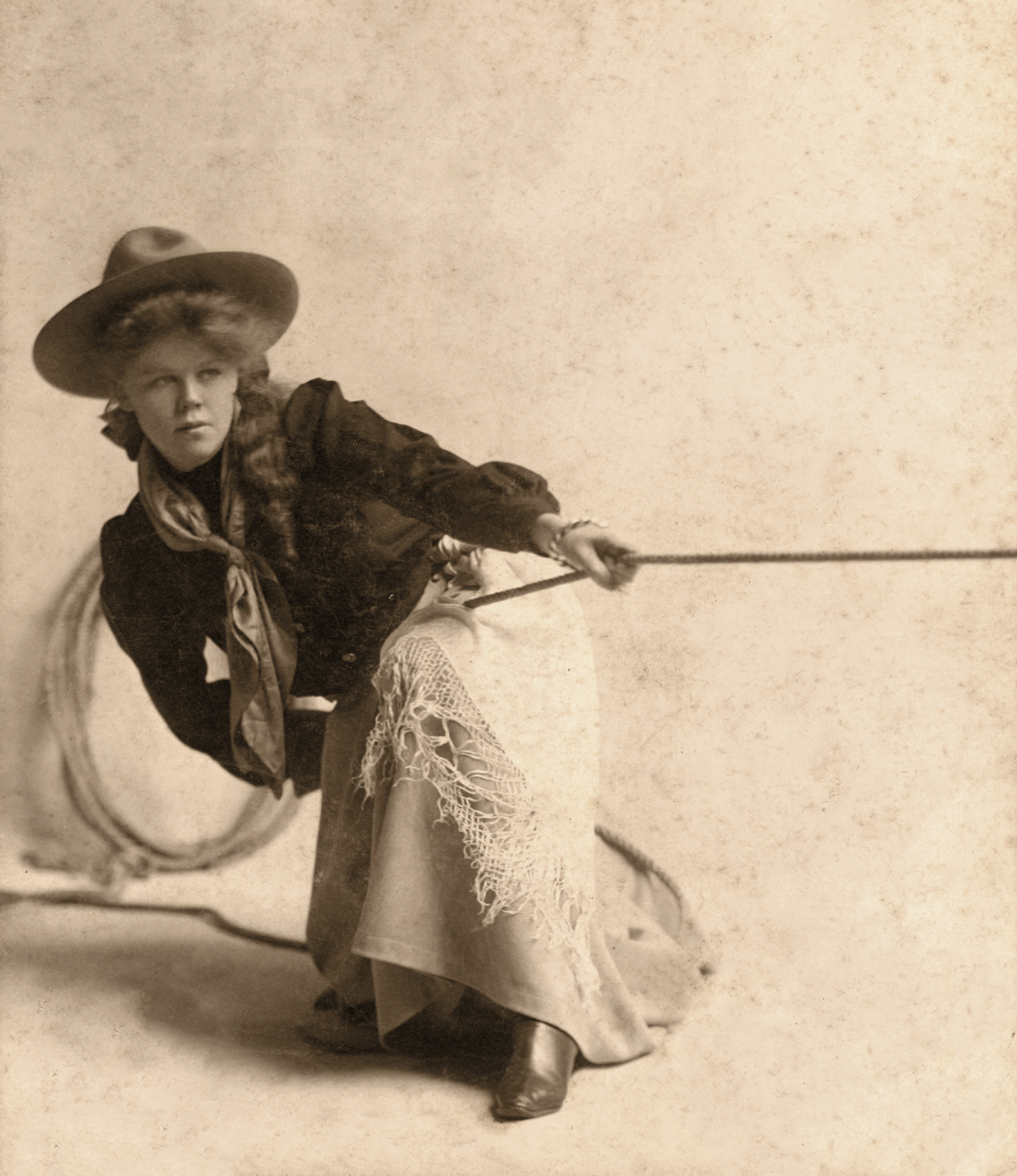 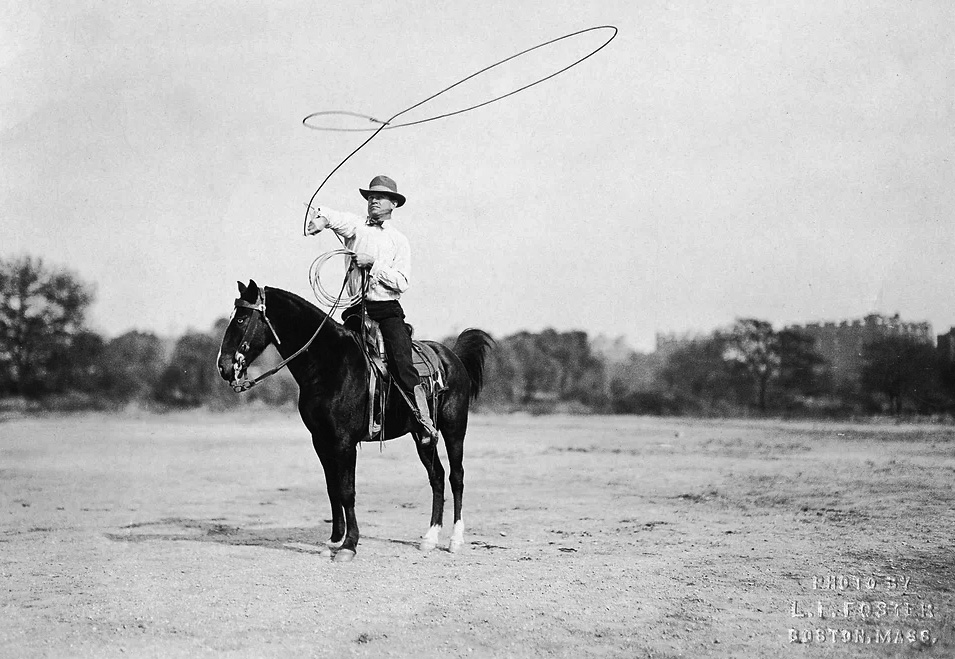 Wild West Shows have one of the longest-lasting legacies of the western American frontier. These carefully curated shows provided engaging and sometimes mesmerizing displays of skills and culture often present within the cattle driving and ranching traditions. They also demonstrated many western hardships, such as harsh living and working conditions, limited resources, and the constant risk of life-threatening situations. Roping, horse riding, and shooting were among the most popular displays of skill. Certain individuals became incredibly well known through their performances at these shows. Buffalo Bill Cody became one of the leading names and trailblazers for Wild West Shows. His Wild West Show traveled throughout the world and took western culture into Europe and other continents. Bill Cody and Annie Oakley are arguably most responsible for creating the idea of the cowgirl. The cowgirl became the feminine stereotype of a western woman. Annie Oakley also pushed boundaries for women, and would often combine horseback riding and shooting skills. These activities were often seen as unladylike, and yet she always performed them in a dress. Given the active involvement of women in cattle ranching, the cowgirl quickly gained much praise from pioneer women and urban women alike.

The 101 Ranch was very popular in Oklahoma due to its Wild West Show, which ran from 1905 until 1931. Today, the annual Oklahoma State Fair hosts showings of “Oklahoma Frontier Experience,” which follows directly in the footsteps of Buffalo Bill Cody and Annie Oakley. 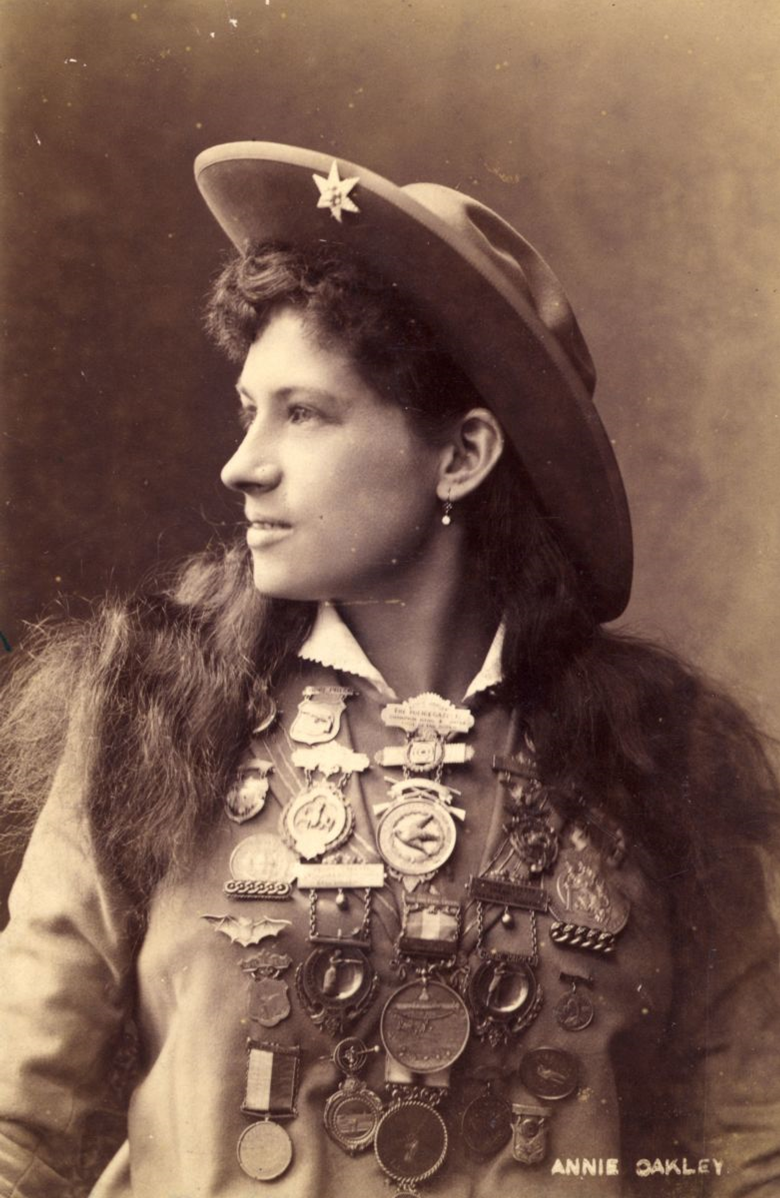 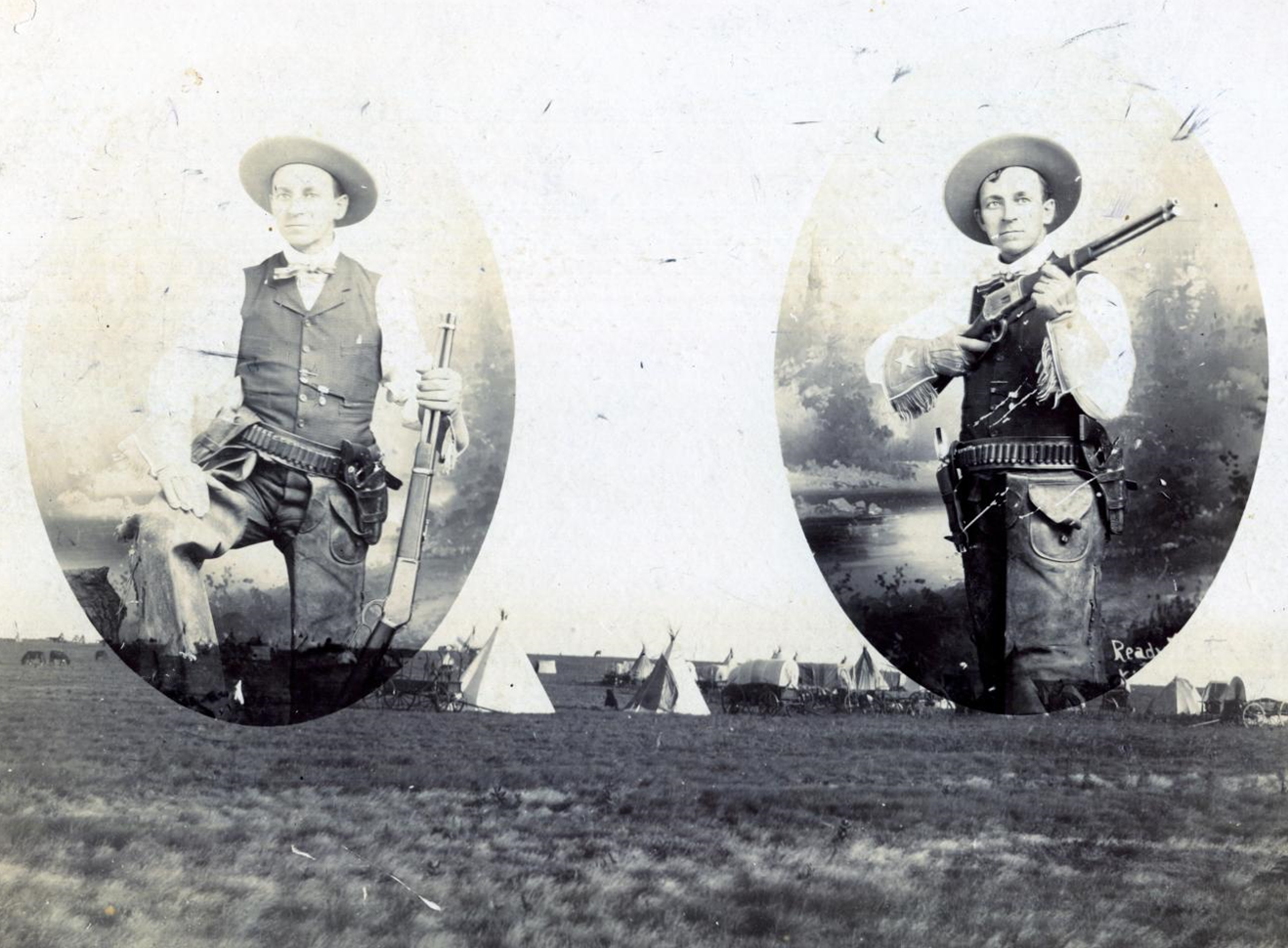 Much like the American cowboy, the American rodeo can be traced back to the Mexican charreria. Charreria developed out of competition and boredom. Most of the haciendados, wealthy landed elites left most of the work for the campesinos, indigenous peasants. In doing so, the landed elite often spent their time practicing their military and horseback riding skills. As time progressed, these once-friendly competitions became more and more structured and they became independent competitions of the wealthy that would be known as charreria. Following Mexico’s independence, the charro, as many of these landed elites would become known, became symbols of Mexico and its heritage. Over the decades, more and more men participated until, in 1933, the Asociación Nacional de Charros (National Association of Charros) was created. Once seen as a pastime of the elite, the competitions became popular with vaqueros. The competitions served to hone and develop the skills that many would use on a daily basis.

Today, charreria is incredibly popular in the southwestern United States as many people of Mexican descent continue to participate. In Oklahoma, charrerias grow in popularity every year. While many maintain the idea that charreria is a sport of privilege, the sport keeps expanding and becoming more accessible for all. Coleaderas, for example, have also gained a lot of popularity due to its less formal setting. Coleaderas, much like charreadas, test a charro’s roping and horseback riding skills, but they mostly focus on one event.

Charreadas and coleaderas have also become key cultural celebrations. Renowned bands often perform at the larger charreadas and entertain performers and audiences alike. Corridos, narrative ballads, originally popularized and spread by vaqueros and are now one of the most popular genres among northern Mexican regional music. Many corridos tell stories relating to well-known horses and individuals or their love stories. 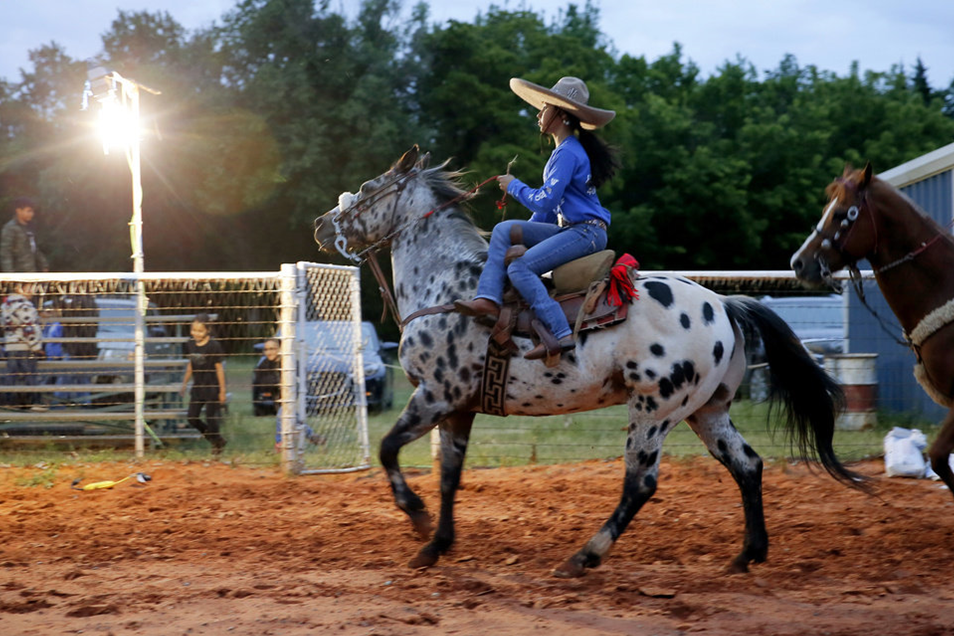 A charreria in Oklahoma (image courtesy The Oklahoman). 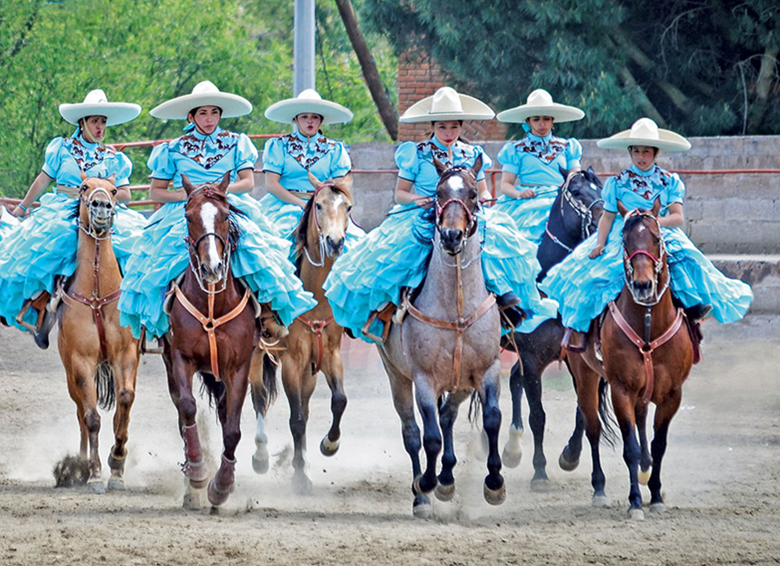 The word “rodeo” is a Spanish word that means roundup. Cowboys would need to gather cattle, sometimes from several ranches, together to count and brand them. Rodeos became popular demonstrations of cowboys’ skills and showmanship. Dating back to 1880s, rodeos gained much of their widespread appeal after the turn of the century, following the decline of Wild West Shows. During this period, rodeos were segregated. This barrier and rodeo’s enduring popularity produced the creation of separate rodeo associations that highlighted these traditions for African Americans and indigenous communities. 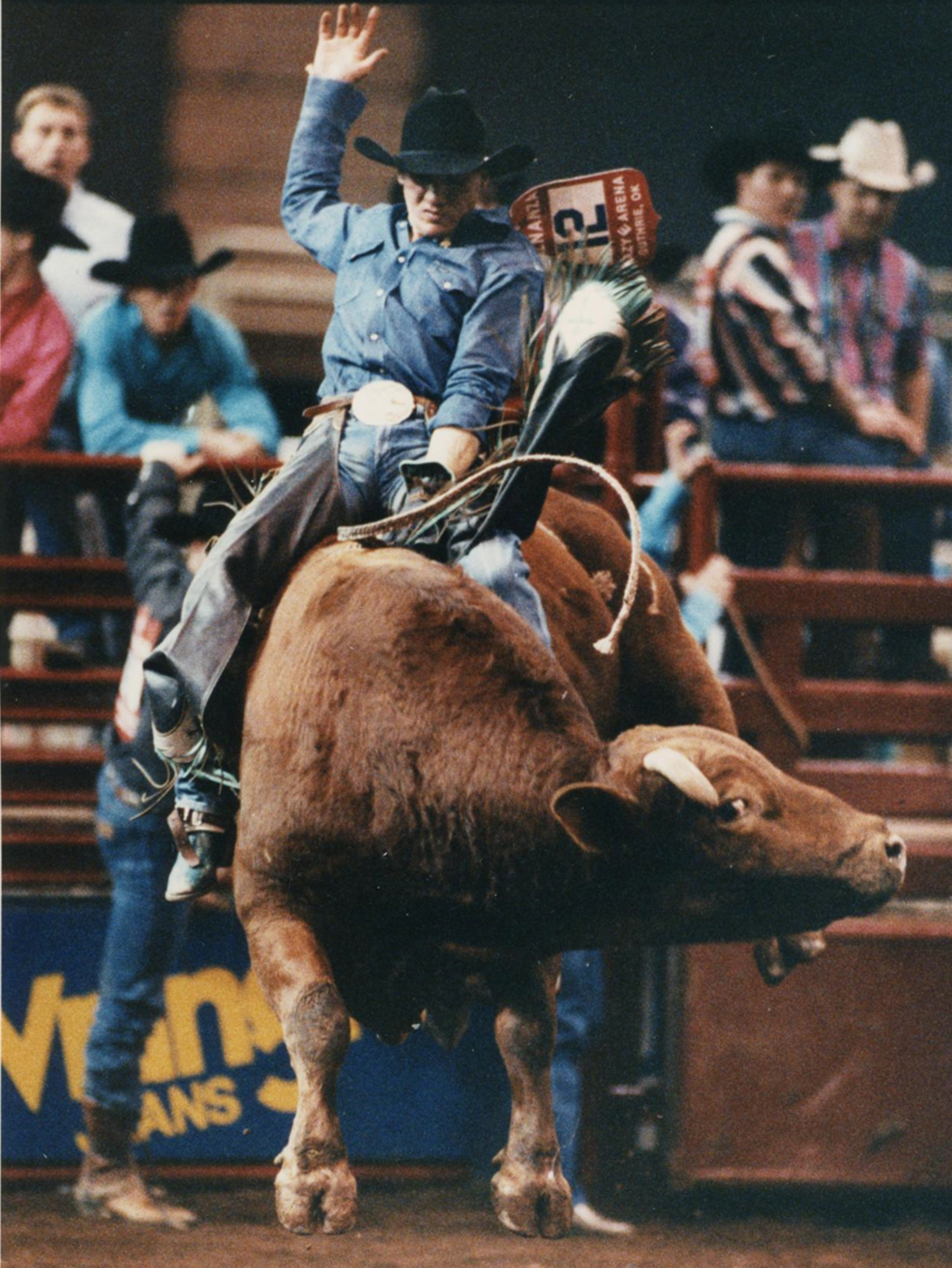 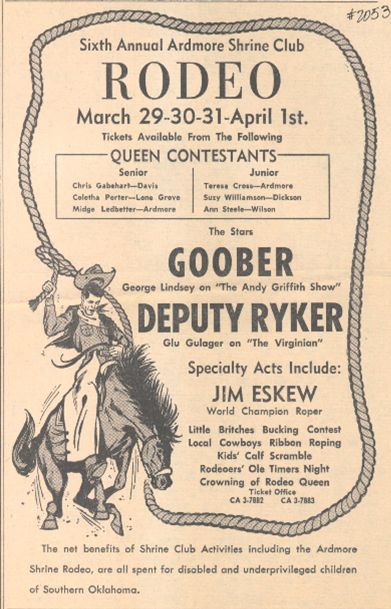 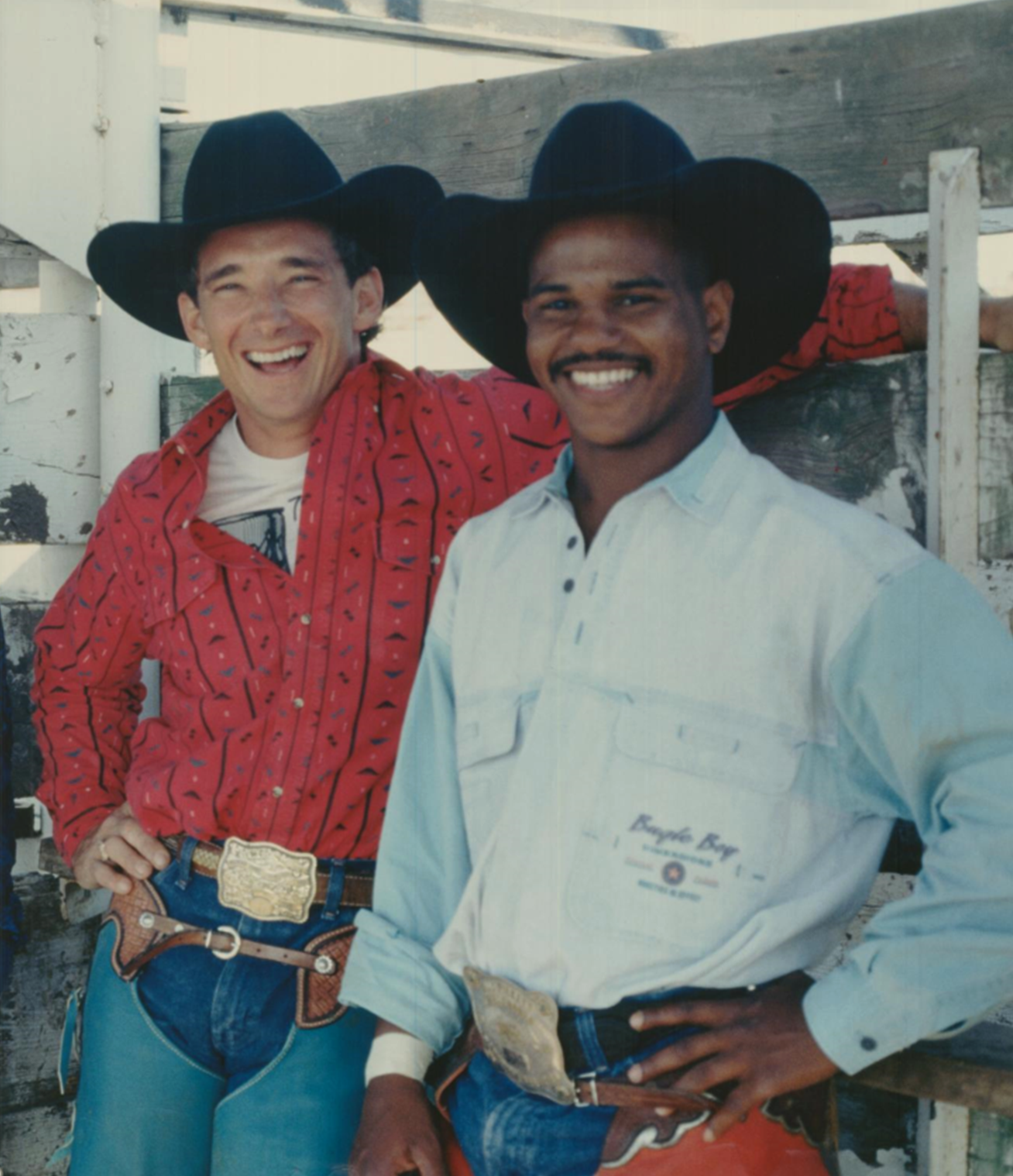 African American cowboys faced racism and discrimination out West, and the situation was no different among the rodeo circuits. Black cowboys were not allowed to participate alongside white cowboys and often competed at separate times, with no audience. The segregation and discrimination eventually led to the creation of independent Black rodeo circuits. Black rodeo stars came to be acknowledged for their skill, including Jesse Stahl, Nat Love, and Oklahoman Bill Pickett. These stars were able to push ahead through the many racial and social obstacles. It is said that African American cowboys made up a third of those in the Chisholm Trail that crossed through Oklahoma. Black rodeos, much like charreadas, demonstrate cultural pride and appreciation of excellent skill and showmanship. In addition, Black rodeos educate and bring awareness to the African American western experience that is rarely adequately reflected in many history books or popular culture. These rodeos tour nationally in both rural and urban areas. 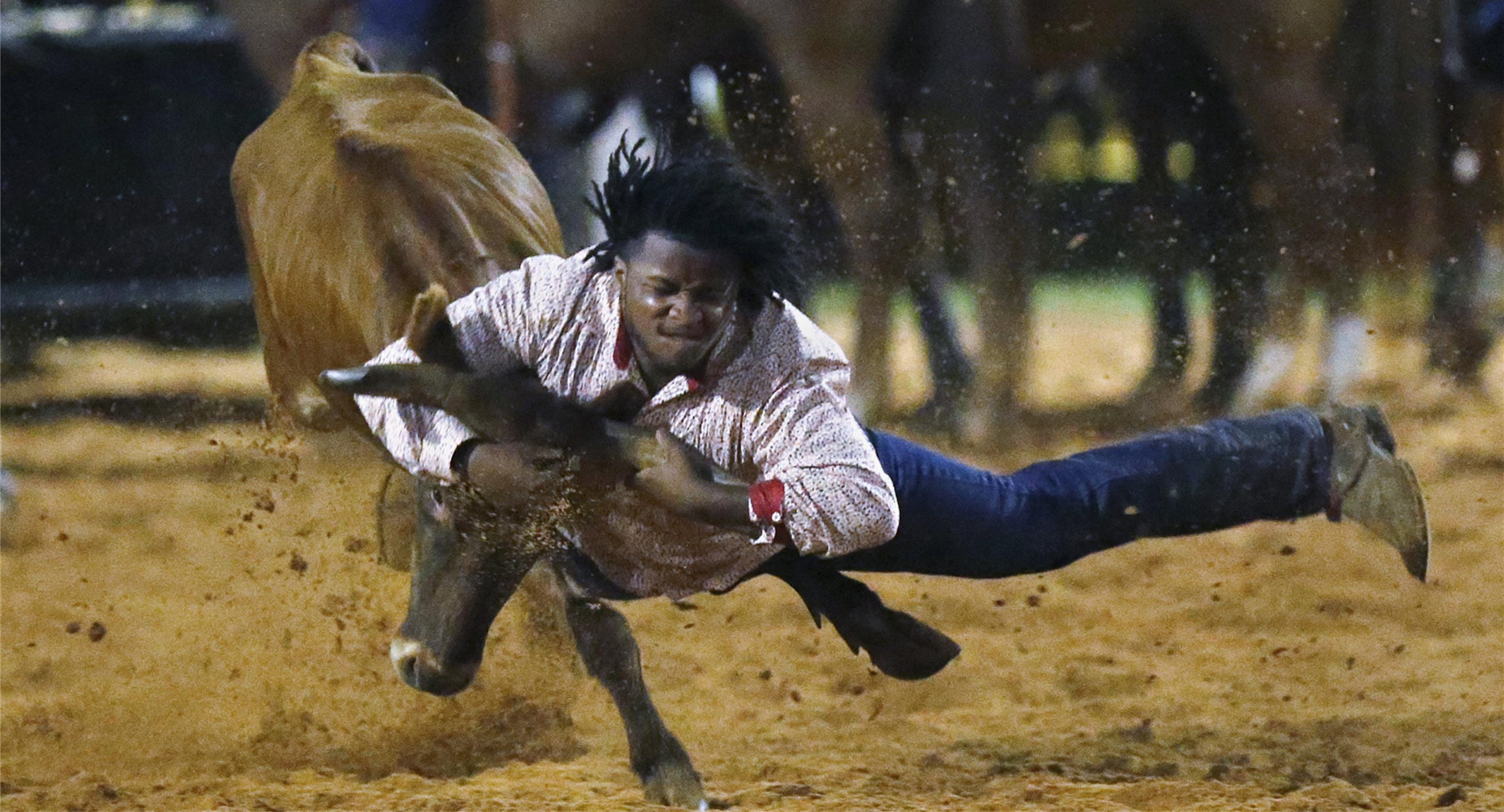 Indigenous rodeos also serve as cultural events. Many Indigenous rodeo performers and athletes participate to highlight and bring awareness to their long history with cattle and ranching, while others may feel connected to a nomadic past and their often spiritual relationships with animals. Jackson Sundown, a Nez Perce rodeo star, took the rodeo world by storm in the early 1900s. He worked very closely with horses; he would breed, raise, break, and sell horses for a living. He was such a dominant rodeo competitor that many would withdraw just at the mention of his name.

The All Indian Rodeo Cowboys Association formed in 1957 to support Native American participation in rodeo competitions. The Indian National Finals Rodeo (INFR) began in 1976 and continues to grow in popularity, sanctioning over 700 rodeos in the nation. INFR rodeos are frequently hosted by Oklahoma’s tribal nations, building the state’s reputation in the sport and attracting tourists to different parts of the state. 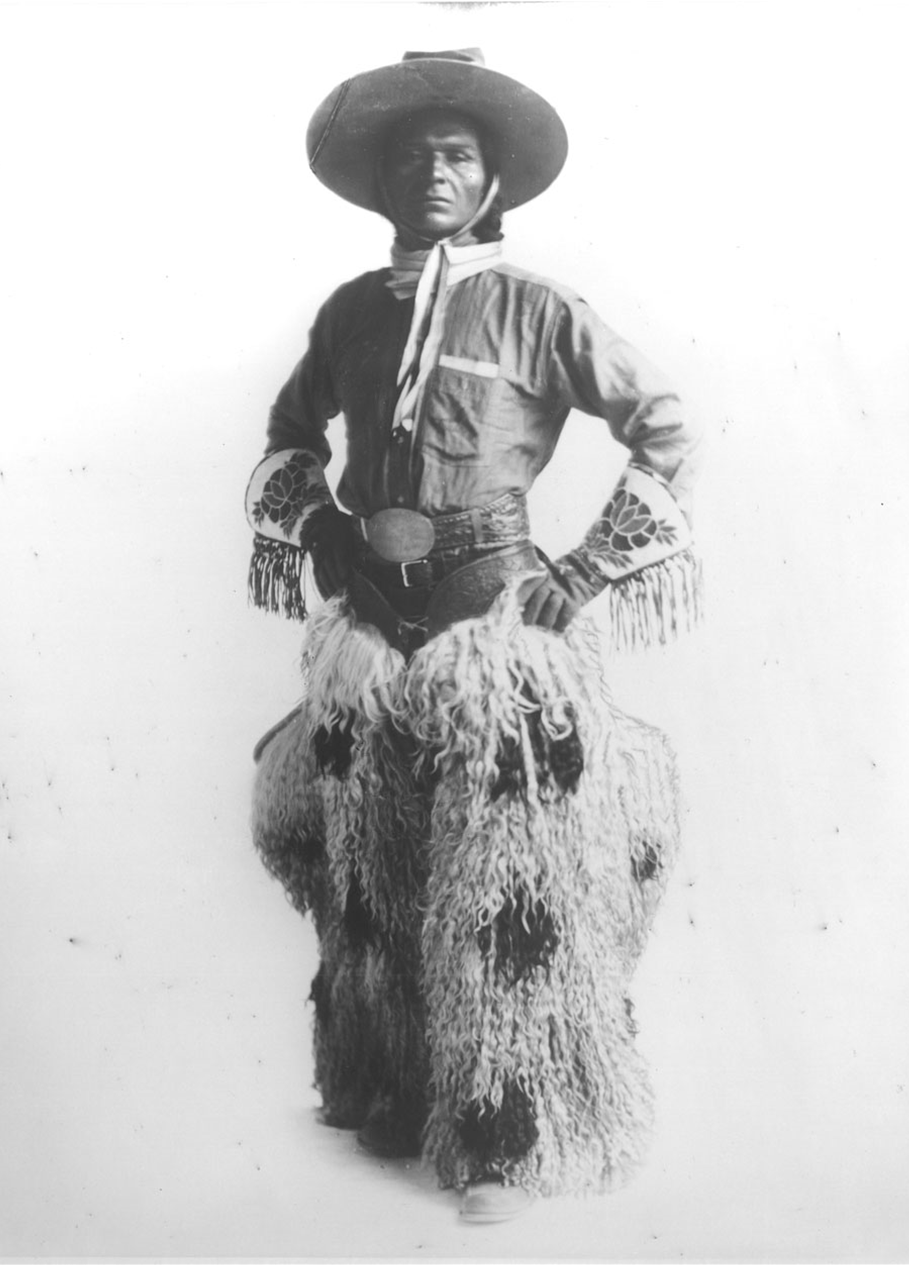 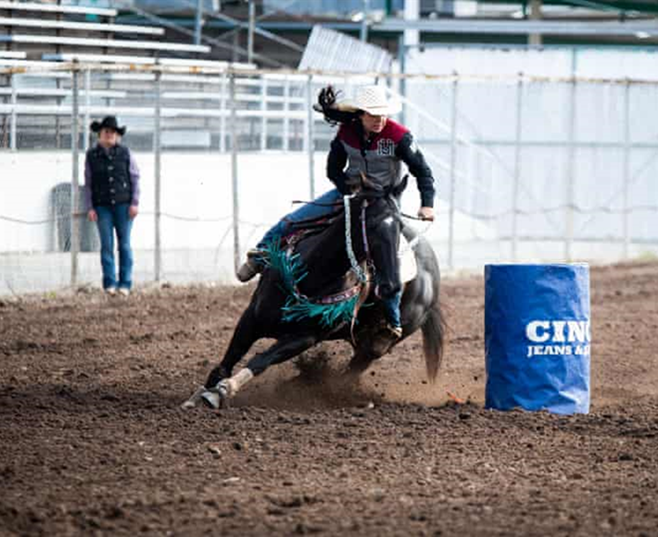 Keira Simonson (Chippewa), and horse Diesel compete in a barrel race at the Indian National Finals Rodeo in 2019 (image courtesy The Guardian