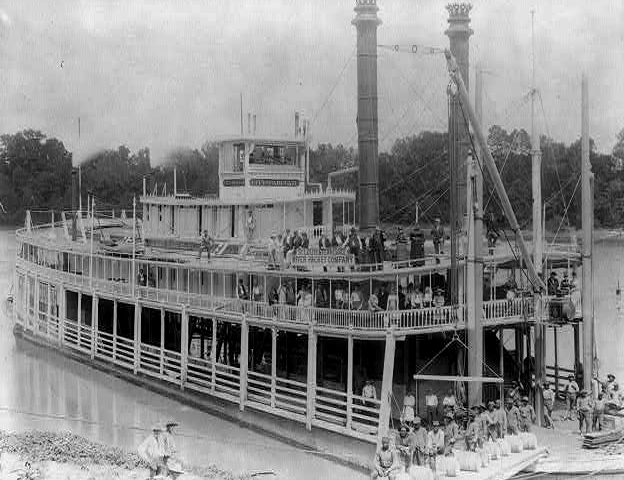 Furthermore, steamboats created opportunities for enslaved people, Freedmen, and immigrants. For enslaved people, hired out to work on steamboats from their enslavers, working on steamboats was an opportunity to assert their autonomy. Steamboats enabled mobility, something often restricted in other working environments. Steamboat work gave them the chance to communicate with family members or inquire about them at the various ports along the river. This mobility and exposure to different regions allowed some of the enslaved people to create networks that helped them to escape. Enslaved men often worked as deckhands. Enslavers did not often hire out enslaved women, but when they did, the women worked as chambermaids. Steamboats also provided opportunities for Freedmen. Similar to the roustabouts, Freedmen often worked as deckhands, but they also worked as servers and cooks. 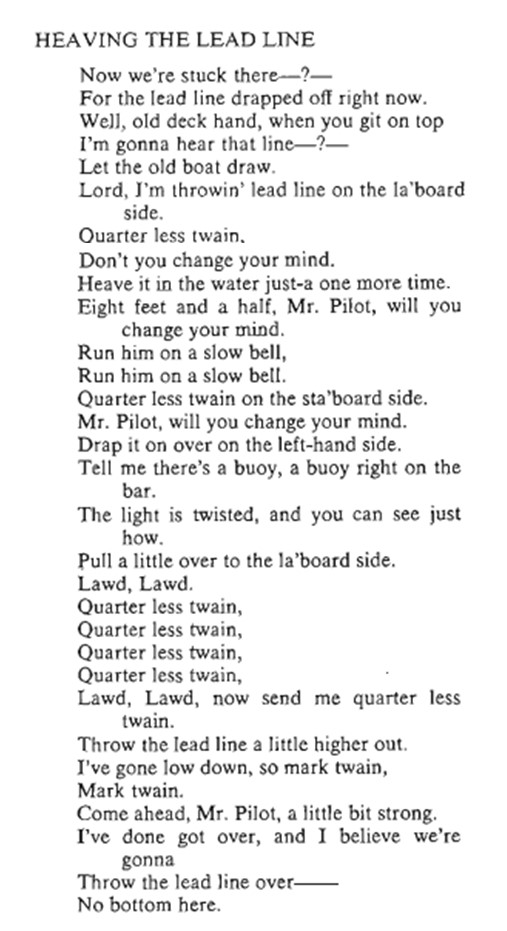 “Heaving the Lead Line,” a song about working as a leadsman on a steamboat often sung by enslaved crew (image courtesy Library of Congress).

Moreover, steamboat operation provided economic opportunities to immigrants and migrants. Steamboats offered opportunities for migrants and immigrants to travel to the West to build a better life for themselves. Migrants traveled to the region from other US regions, while immigrants came from other countries. The West had more land available and did not have the overcrowding of the eastern cities. Migrants could set up farms or engage in many other western industries. Immigrants could also engage in work as deckhands on western steamboats, become steamboat operators, and establish farms for themselves. Overall, the western steamboat industry provided diverse groups of people with new opportunities and most involved the chance to increase their economic status. 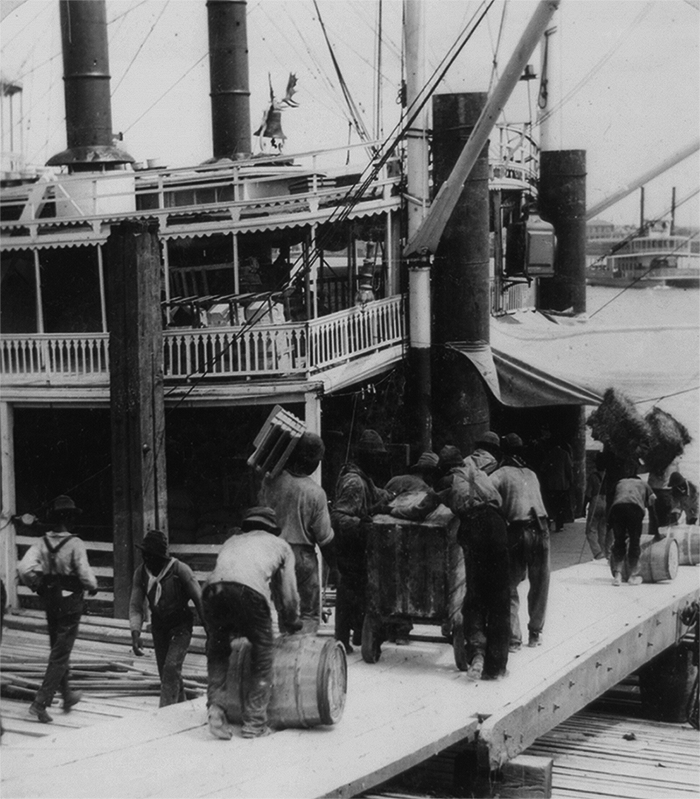