The differences between steamboat travel and overland travel involve cost, time, and conditions. First, steamboat passengers usually paid less than overland passengers due to supply and demand. A great supply of steamboats existed, all offering the same accommodations to passengers, so competition kept the prices low. However, stagecoaches and wagon trains did not have the same demand. The cost of supplies for a family on a wagon train often exceeded 500 dollars. For stagecoach travel, the cost ranged from five to two-hundred dollars, depending on the distance covered, whereas the cheapest steamboat travel could be two dollars.

The biggest difference between steamboat and overland travel was time. Overland travel took significantly longer than steamboat travel. Trips that would take weeks and months by wagon or stagecoach took one or two days by steamboat. Steamboats could travel fifty to one-hundred miles a day against the river’s current, but stagecoaches and wagons traveled only seven to twelve miles. Stagecoaches often moved slower because they had to change horses, and road conditions and weather also caused delays. Wagon trains had to take ample amounts of time crossing rivers and navigating new terrain. 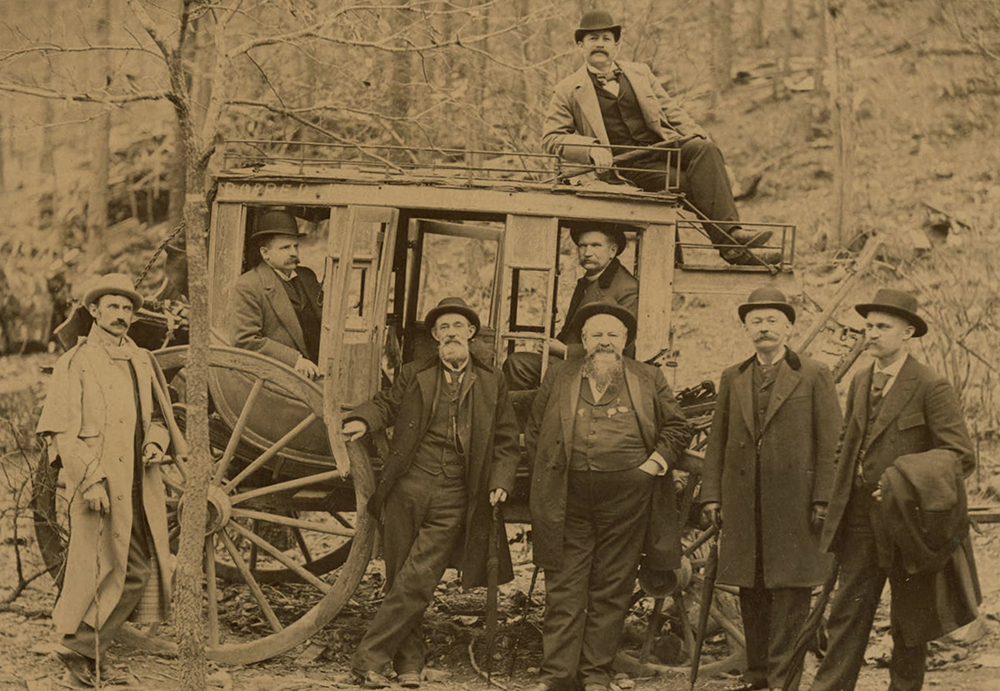 One advantage of stagecoaches: being able to travel without a water route (image courtesy Blue Earth Historical Society).

Additionally, the conditions of overland travel, like steamboat travel, were defined by danger and difficulty. Both wagon and stagecoach travel were extremely uncomfortable for passengers. Passengers on stagecoaches experienced overcrowding. Stagecoaches had three-passenger seats with only a limited amount of space available for each person. Passengers on stagecoaches sat extremely close to one another and experienced the jostling of the bumpy roads. In the summer, stage passengers experienced extreme heat and had to endure massive amounts of dust from the hooves of the horses. Taverns along the road knew the passengers had no choice but to buy from them so they could serve poor-quality food and charge whatever they wanted. Similarly, wagon travel was extremely uncomfortable, with people often walking alongside the wagon instead of riding inside. Like deck passengers, people on wagon trains often experienced food shortages because they had to purchase and prepare their own food. Supplies on wagon trains often ran out due to the journey taking longer than expected. 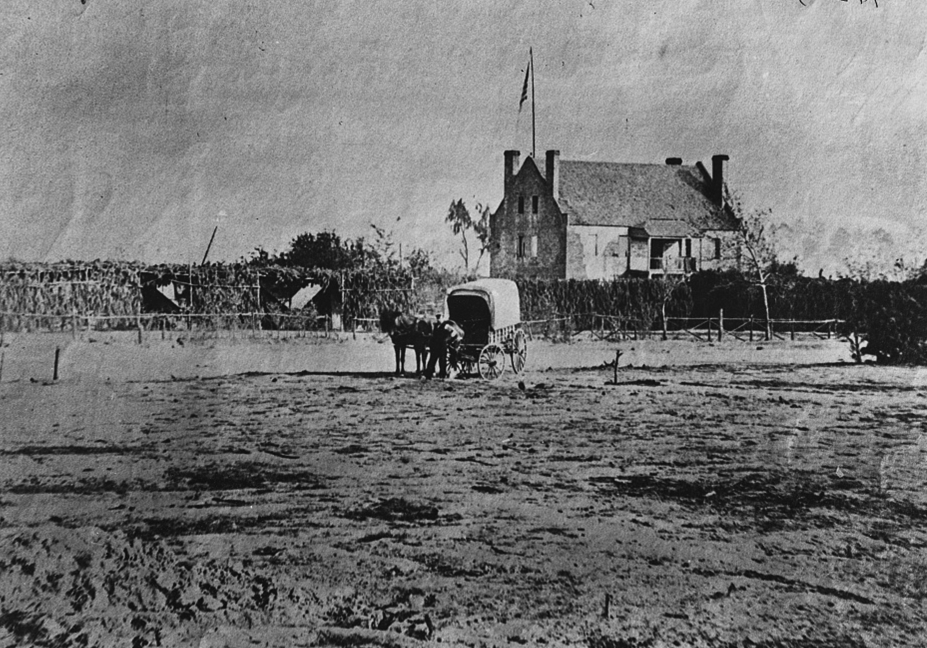 A tavern in the mid-1800s (image courtesy Library of Congress).

Both overland and steamboat travel could be hazardous. For stagecoach travel, coaches were subject to breaking down along the road and getting stuck in the mud. Stagecoaches broke down because of wheels collapsing or braces breaking, often leaving passengers stranded until help arrived. Stages also got bogged down in the mud along the roads. In those cases, passengers had to help push the stagecoach or walk alongside to prevent getting stuck. The most dangerous aspect of stage travel involved the turning over of the stagecoach. Stagecoaches were prone to turning over due to uneven weight distribution and the speed of the horses. When a stagecoach turned over, passengers were often injured, but most did not die. People on wagon trains endured the hazards of unfamiliar terrain and climate, crossing rivers, and disease. Like stagecoaches, wagons often got stuck in the mud, causing delays in travel time. Additionally, because people on wagon trains lived out in the elements, they experienced disease. When people on wagon trains contracted a disease, they did not often recover due to the lack of medical resources. Like the deck passengers on steamboats, many people on wagon trains perished from disease.

Ultimately, steamboat travel involved more hazards, but the cheap tickets and speedy travel time outweighed the danger for most passengers.