Military forts and steamboats had a complex relationship in Indian Territory. A military fort is a permanent army post that can easily be defended in the event of war. In the 1820s and 1830s, the primary role of Fort Gibson and Fort Towson was to provide services to the American Indian tribes in the region and enforce the federal government’s removal efforts. Their main responsibility involved maintaining peace among the Five Tribes, who were forced to leave their eastern homelands, and the Plains tribes. In Indian Territory, western steamboats had a significant role in providing military forts with supplies and recruits as well as providing them with news from other areas.

Steamboats in Oklahoma also contributed to forced removal of American Indians from the East. For instance, some Muscogee (Creek) and Chickasaw traveled to Indian Territory from their eastern homes on steamboats. In 1832, the federal government sent supplies to Fort Towson for the removed Choctaw tribe. 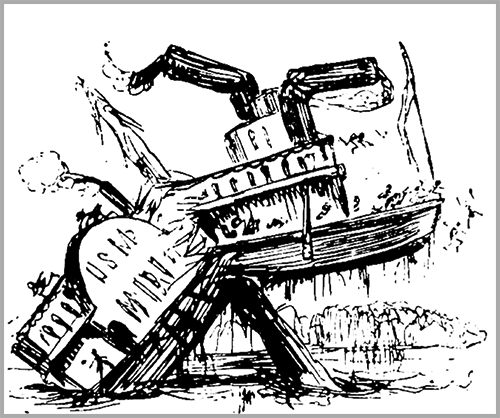 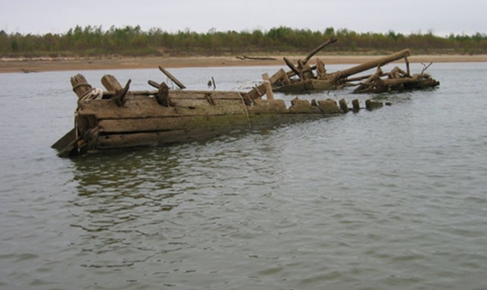 Heroine in the Red River (image Courtesy of The Oklahoman). 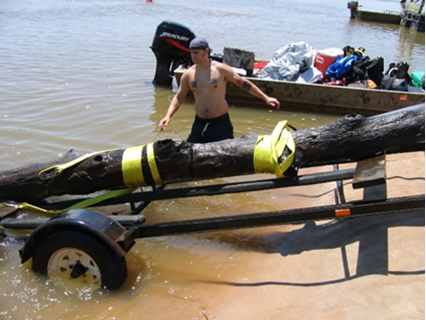