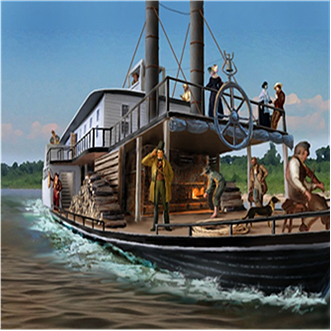 Like the crews on western river steamboats, passengers also experienced a system of social hierarchy and difficulties while traveling. In the 1830s and beyond, society defined people based on their economic status and skin color. Society considered poorer people and people of color as less important, and they received harsher treatment. An example of this, called social stratification, is revealed by the experience of passengers on western river steamboats. Steamboat operators separated first-class passengers from the lower classes. In most cases, people of color and the poor were prevented from participating and interacting with wealthier whites.

First-class passengers, called cabin passengers, resided in the upper deck and typically paid more for their passage. Steamboat operators provided them with food, the service of the steward and servers, and relatively private rooms. On second-class boats, like Heroine, the accommodations included gender-segregated rooms with rows of bunk beds and curtains for privacy. On some boats, cabin passengers had access to saloons and card tables. In the case of an accident, cabin passengers had a better chance of survival since their rooms existed on a higher level. The upper deck was safer if the boiler failed or if the boat sank, which often occurred on western steamboats. 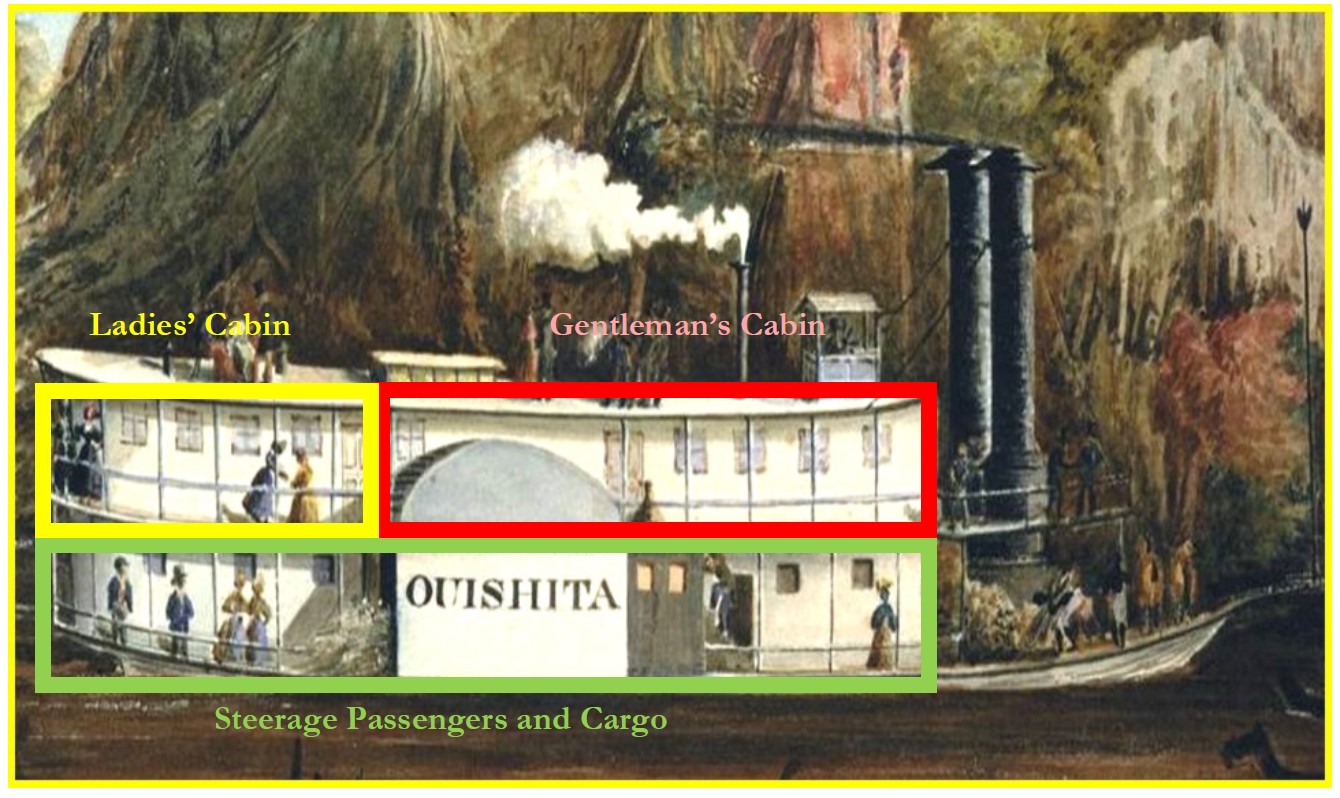 Additionally, deck passengers had more exposure to diseases and suffered more during steamboat accidents. For instance, when cholera outbreaks occurred on steamboats, more deck passengers and deck crew were infected due to the lack of sanitation, healthcare, and social distancing. When accidents occurred, deck passengers, like the deck crew, experienced the most loss of life. The main deck was located only slightly above water level, and this made it the most difficult area to escape from when boats sank, or their boilers exploded. Even during collisions there were often more injuries and deaths among deck passengers. For example, in 1837, the Monmouth collision killed several members of the Muscogee (Creek) tribe, who were deck passengers, on their way to Indian Territory.