The Internment
By the end of the day, the internment camps held 6,000 African American residents. The next day, authorities moved them to the fairgrounds. The National Guard forced these prisoners, both men and women, to labor. The mayor threatened to arrest anyone refusing work for vagrancy. Authorities required them to clean up the destruction caused by the white rioters. The length of stay varied for most of those imprisoned. Release depended on white employers vouching for their African American workers. After that the city issued passes, called green cards, for them to carry to show their employment. By the middle of June, the camps closed. 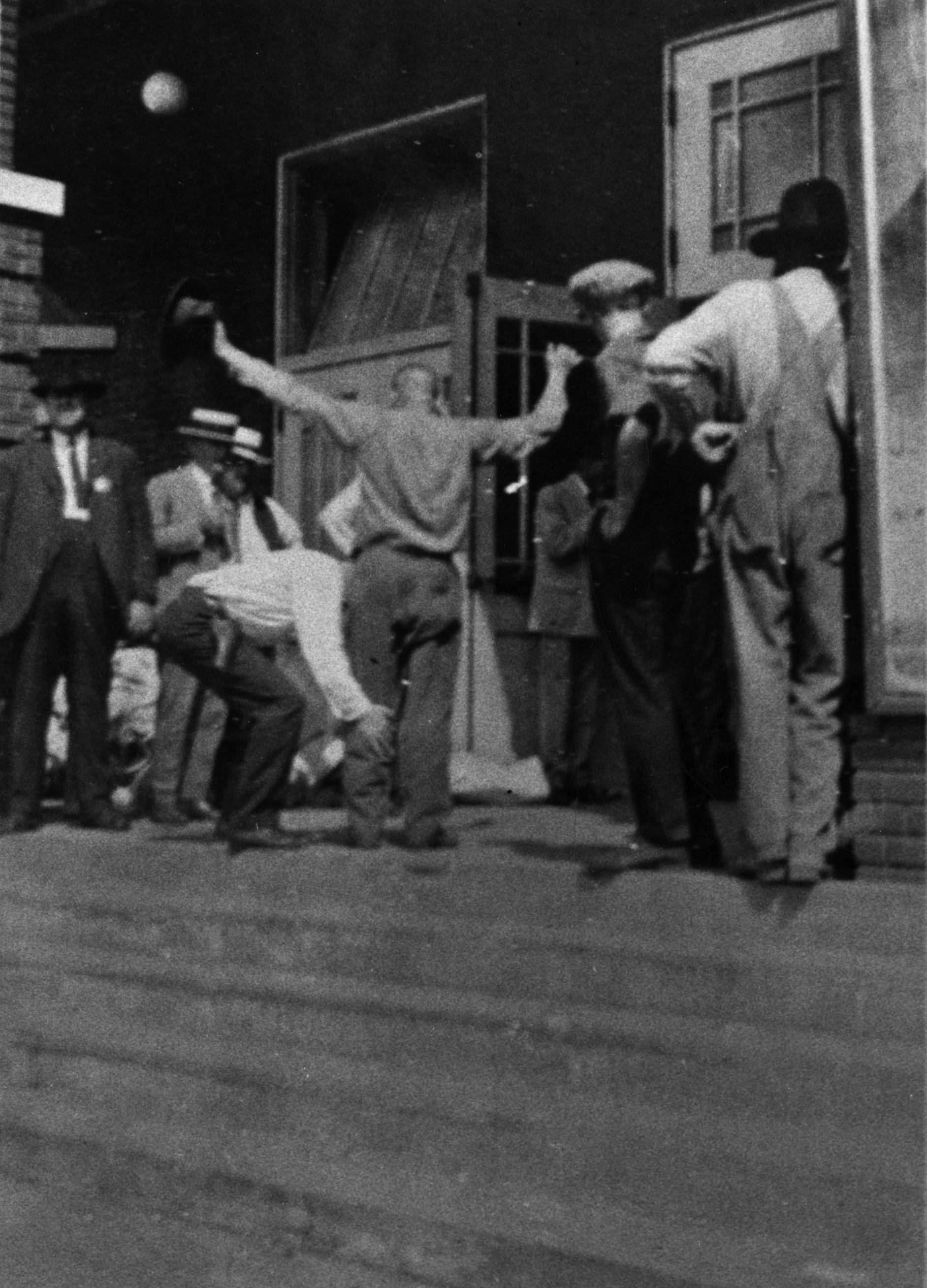 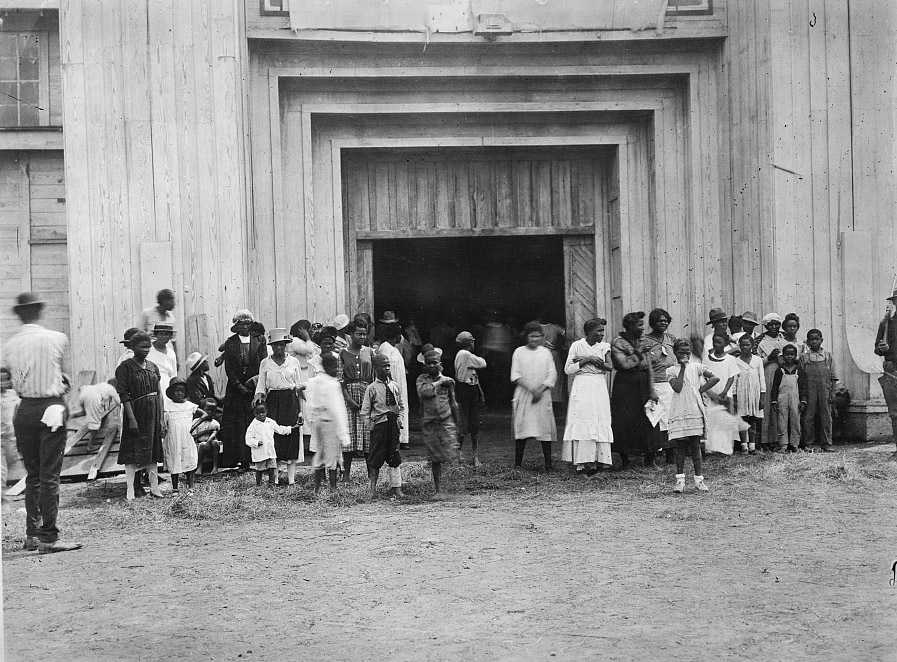 Entrance to refugee camp on the fair grounds, after the Tulsa Race Massacre June 1, 1921 (image courtesy of the Library of Congress).

The Red Cross
After the violence subsided, a Red Cross official from St. Louis named Maurice Willows arrived to assess whether the city required the Red Cross’s assistance. The Red Cross had never conducted relief efforts following a man-made disaster except for war. He quickly determined the victims might not have any other assistance if the Red Cross did not intervene. Willows convinced the leadership of the Red Cross to declare Tulsa a natural disaster area. The mayor announced the Red Cross was to be entirely responsible for the relief effort. The Red Cross stayed for months, assisting African American residents with food, shelter, and medical needs, both those immediately connected to the violence and those that developed under such challenging long-term conditions. As the majority of the displaced lived in tents for a year or more, the Red Cross’s efforts limited suffering and death arising from the aftermath of the massacre. Willows, a strong advocate for the victims, also did what he could to preserve the historical record of these events. 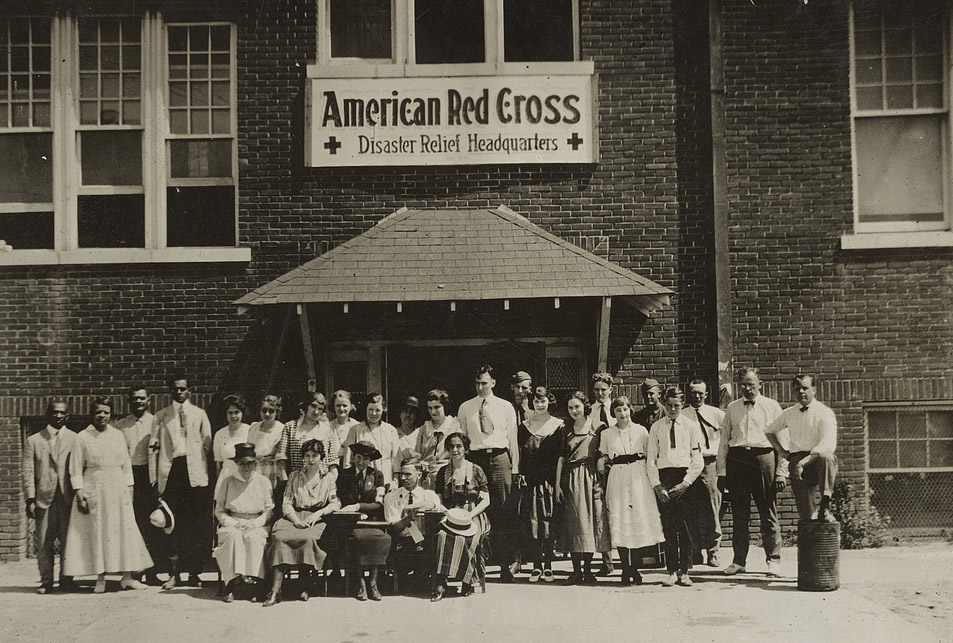 The Uprising Narrative
Within a week the leaders of the major institutions in Tulsa began promoting a narrative that blamed the residents of Greenwood themselves for the violence. The Tulsa Tribune, the state’s attorney general, many ministers, and the mayor advanced this argument. The attorney general, in a speech in Tulsa on June 17, said:

The cause of this riot was not Tulsa. It might have happened anywhere for the Negro is not the same man he was thirty years ago when he was content to plod along his own road accepting the white man as his benefactor. But the years have passed and the Negro has been educated and the race papers have spread the thought of race equality.

The grand jury convened to investigate, followed the attorney general’s lead and concluded in its report:

The crowd assembled about the courthouse being purely spectators and curiosity seekers…There was no mob spirit among the whites, no talk of lynching and no arms. The assembly was quiet until the arrival of armed negroes, which precipitated and was the direct cause of the riot.

The lead attorney for the state used her power to give immunity to any whites who looted homes or murdered African Americans. This remained the dominant narrative until attention to the massacre began to fade outside the African American community in Oklahoma.

Land Issues
In early June, some city officials promised to rebuild and began setting up structures to assist the residents of Greenwood. The city directed donations from across the country to the relief efforts of the Red Cross. They actively refused support for reconstruction from other cities, announcing that restoring the city was strictly a “Tulsa affair,” and the residents of Tulsa would take care of it. By June 3, a trade organization called the Real Estate Exchange floated the idea of not rebuilding, but instead rezoning the neighborhood for industrial purposes. Realtors attempted to get African American landowners to sell but wanted the land at discounted rates. Maurice Willows used his influence to convince African American property owners to keep their land. The city responded by applying a fire code to the area that would make rebuilding too expensive for most individual property owners. Well known attorney and activist, B. C. Franklin, along with I. H. Spears and T. O. Chapelle, encouraged residents to start the rebuilding process even though they faced arrest by doing so. Their lawyers vowed to secure the release of anyone arrested for rebuilding. They filed a suit against the city for taking property without due process. They won the lawsuit, providing the neighborhood a chance to survive.

The residents of Greenwood rebuilt the neighborhood with very little outside investment or support. 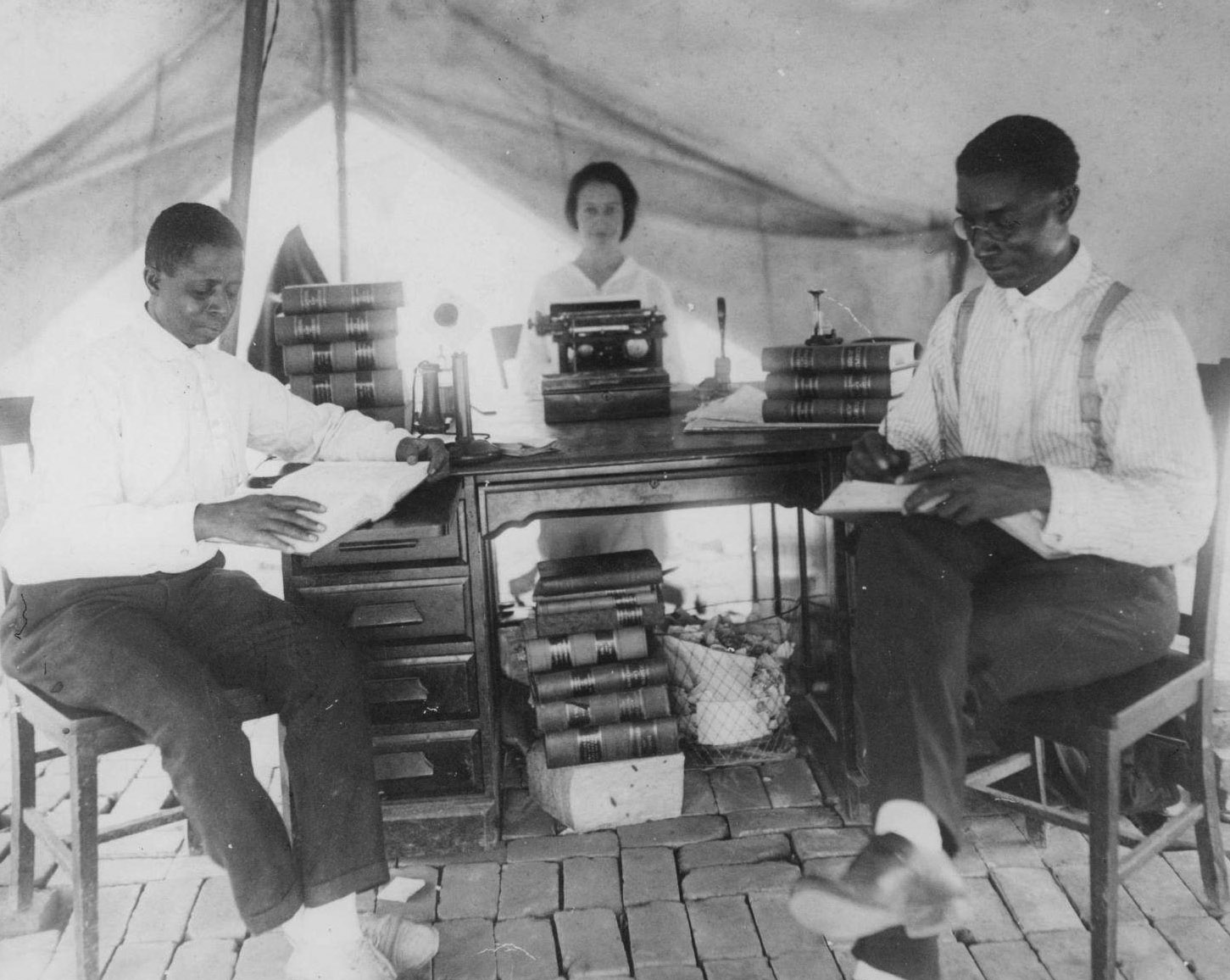 After the 1921 Tulsa Race Massacre, attorney B. C. Franklin (right) set up his law office in a tent. On the left is I. H. Spears, Franklin's law partner. These men worked to prevent dispossession of Greenwood residents (image courtesy of the Tulsa Historical Society).