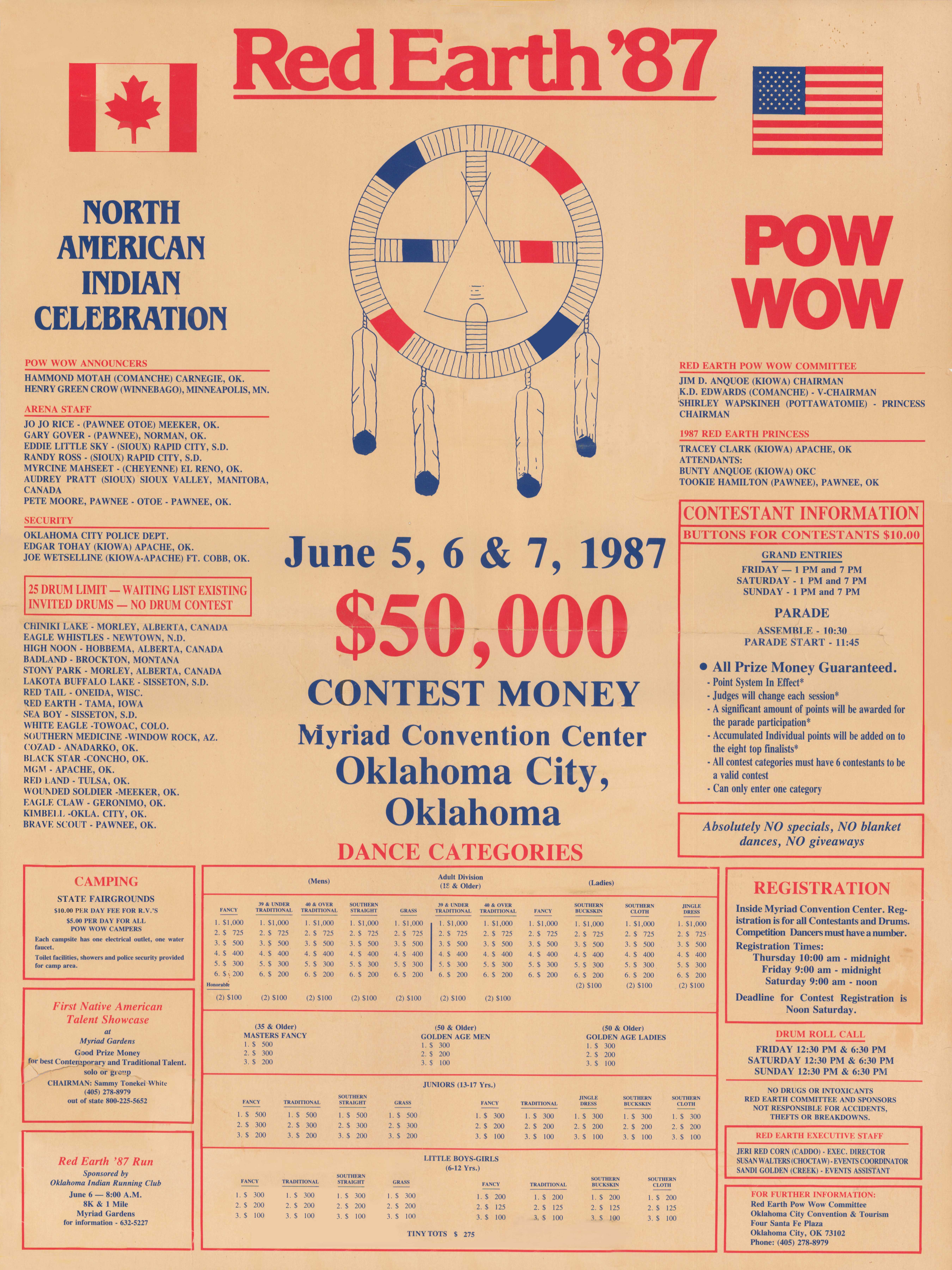 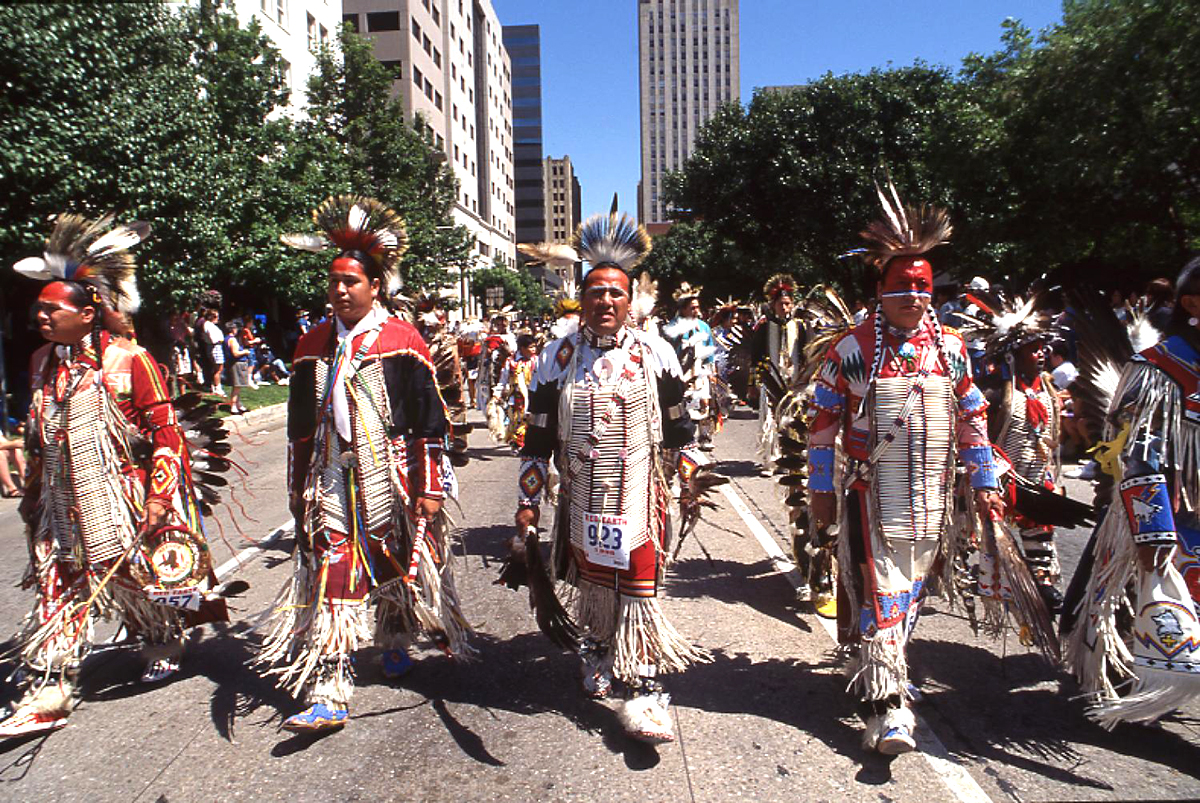 Beginning in 1987, the Red Earth Festival has grown to be one of the world's largest and one of the country's most respected visual and performing arts events. During discussions on the loss of the National Finals Rodeo in Oklahoma City Ken Bonds and Oklahoma Supreme Court Justice Yvonne Kauger, conceived this event, hoping to emphasize Oklahoma's American Indian roots by producing a Santa Fe–type art atmosphere and dance competition. With the backing of the Oklahoma City Chamber of Commerce and thirty thousand dollars, the first festival commenced. Two respected American Indian Oklahomans, Allie Reynolds and Enoch Kelly Haney, personally undertook the promotion of this event, which would showcase American Indian art and offer substantial cash prizes in dance competitions. This mixture of cultural offerings helped ensure the festival's success by appealing to a wide cross-section of both the American Indian and mainstream population.

At the beginning of the twenty-first century Red Earth, Inc., managed the festival, traditionally held in June. This nonprofit group's mission is to promote, preserve, and promulgate the traditions of American Indian history and culture. The festival continued to grow and in 2001 an estimated one hundred thousand people from around the world came to witness the more than sixteen hundred American Indian artists and dancers, especially at the daily "Grand Entry." Other presentations have included storytelling, fashion shows, American Indian foods, and children's activities.

Red Earth became what its founders had envisioned in 1987, and its success illustrated that the tribes of Oklahoma are not gone and forgotten but alive, well, and thriving.

The following (as per The Chicago Manual of Style, 17th edition) is the preferred citation for articles:
Richenda Davis Bates, “Red Earth Festival,” The Encyclopedia of Oklahoma History and Culture, https://www.okhistory.org/publications/enc/entry?entry=RE003.