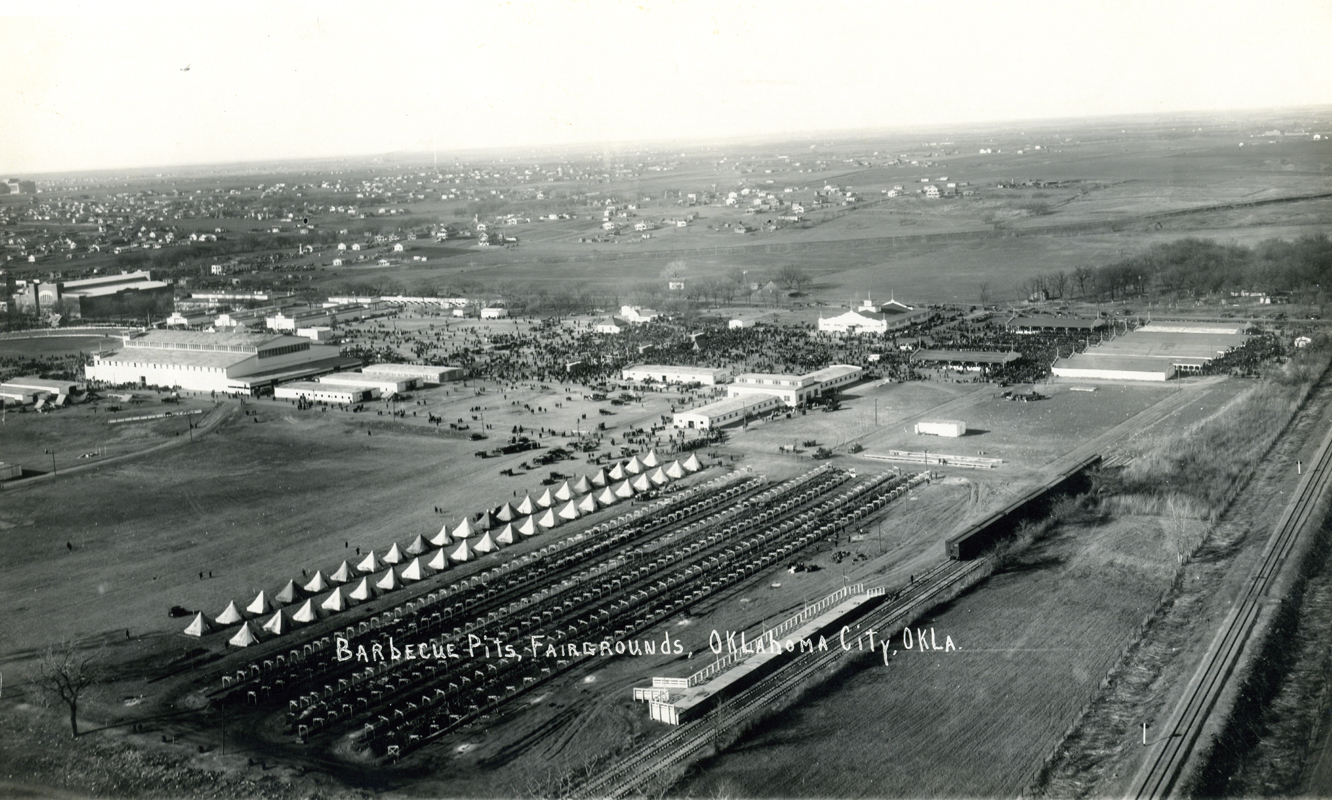 In Indian and Oklahoma territories barbecued meat, usually beef, was served at various social gatherings, including Juneteenth and July Fourth celebrations, church camp meetings, stomp dances, election days, and weddings. Beef probably dominated the meat choice because the Five Tribes raised livestock. The federal government issued beef to Plains Indians in western Oklahoma, and Oklahoma cattle trails connected Texas with cattle markets in Kansas. Occasionally barbecued pork, sheep, venison, buffalo, and bear would be served at group gatherings, and side dishes would include biscuits, Indian dishes, and lemonade. Although barbecued beef was the predominant choice in early Oklahoma, barbecued pork was designated as part of Oklahoma's barbecueing in 1988.

Ingenious marketing ideas have combined Oklahoma football and barbecue. The Selmon brothers of University of Oklahoma football fame sold Selmon Brothers Bar-B-Que sauce from Norman, home of the OU Sooners. Hot Harry's Sauce offered a separate label for Oklahoma Sooner Barbecue Sauce and Oklahoma Cowboy Barbecue Sauce for respective fans to serve at their university tailgate parties. In conjunction with the usual rivalry between Oklahoma Sooner and Texas Longhorn football fans, in 1994 former Oklahoma Gov. Frank Keating and former Texas Gov. George W. Bush made a bet on the OU–Texas football game. The loser would host a barbecue for the winner. In 1995 the teams tied. However, in 1996 OU beat Texas (30 to 27 in overtime). Bush had to make good the bet, and on March 22, 1997, in Altus, Oklahoma, thousands of fans ate fifteen hundred pounds of beef brisket donated by a Texas rancher and prepared by Jake's Rib and Hickey's Barbecue, both of Chickasha, Oklahoma.

The following (as per The Chicago Manual of Style, 17th edition) is the preferred citation for articles:
Linda D. Wilson, “Barbecue,” The Encyclopedia of Oklahoma History and Culture, https://www.okhistory.org/publications/enc/entry.php?entry=BA017.