The Cherokee Strip Museum and Rose Hill School’s exhibit about the life and work of Perry photographer Barney P. Enright will remain open through Saturday, December 3. A variety of Enright’s photographic prints as well as period cameras, and clothing are a part of the exhibit that tells the story of his career as a lensman.

At the age of 21, Enright moved with his family to Lahoma in Oklahoma Territory. His love of photography first began with taking pictures of farms and homes in the area and creating stereoscopic photographs of the prairie landscape. The Enright family moved to Perry in 1910, establishing a farm northwest of town. Enright worked as a photographer for 30 years in Perry. He singularly documented the devastation of the April 20, 1912, tornado that caused immense damage to the town. That same year he and his brother established the Enright Brothers Photography Studio in downtown Perry. Barney became the personal photographer of Pawnee Bill, taking many photos of Pawnee Bill’s Old Town. He married his wife, Sylvia, in a ceremony held at the Pawnee Bill Ranch at the invitation of the Lillie family.

Exhibit content for Barney P. Enright, Photographer is also available to view and read online at www.cherokee-strip-museum.org/Enright/bpEnright.htm. Research for this exhibit was provided by Cheryl DeJager and the late Perry historian and author Fred Beers. DeJager has loaned many Enright photographs for this special exhibition. 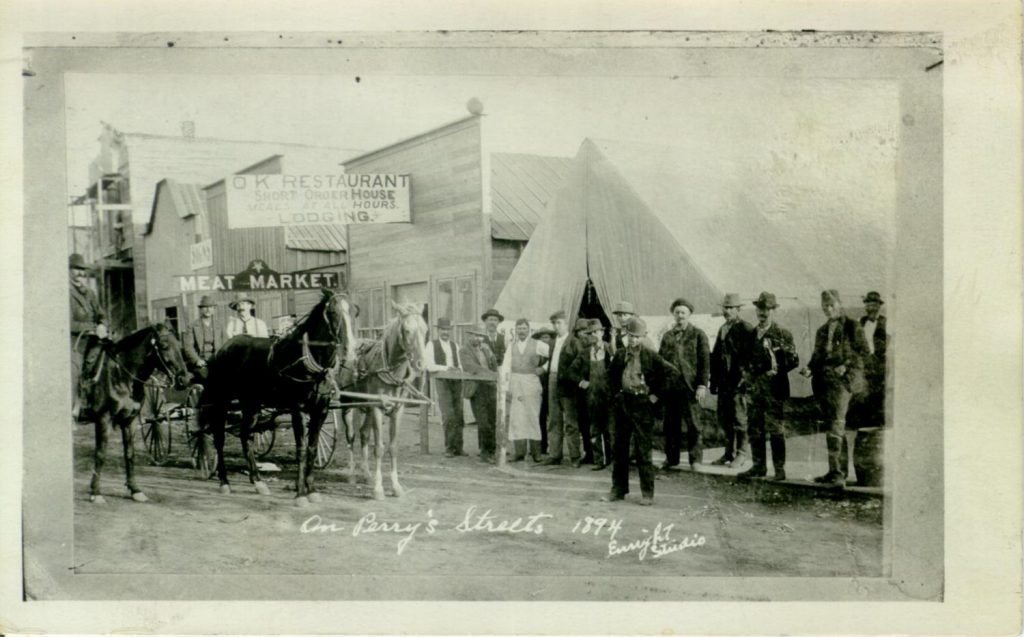