The Daughter of Dawn film screening at the Poncan Theatre

On Sunday, November 6, from 2 to 4 p.m., the Pioneer Woman Museum and Statue will host a film screening of The Daughter of Dawn at the Poncan Theatre, located at 104 East Grand Avenue in Ponca City. Rather than a set ticket price, patrons are encouraged to give a donation as admission to the screening.

The program begins at 2 p.m. with an introduction of the film by Jeff Moore, executive director of the Oklahoma Historical Society’s OKPOP Museum in Tulsa. The screening will commence at 2:30 p.m., followed by a question-and-answer time with the audience.

The beautifully filmed drama features romantic rivalry, bison hunts, village scenes, dances, deceit, tests of courage, and hand-to-hand combat. The cast of more than 300 Kiowa and Comanche actors brought their own tipis, horses, clothing, and traditions to the set, making The Daughter of Dawn fascinating to film fans and students of Indigenous history and culture.

After screening only a handful of times when it was made in 1920, The Daughter of Dawn disappeared without a trace. For almost 90 years it was considered lost—until it was rediscovered by the Oklahoma Historical Society. Now beautifully restored and with a new orchestral score, the film is an astonishing revelation.

Click here to learn more about this free screening or by calling 580-765-0943. The historic Poncan Theatre, first opened in 1927, is listed in the National Register of Historic Places. 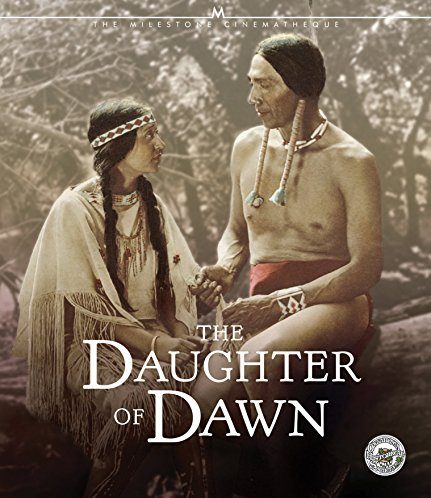