The OHS traveling exhibit Family Album: Photographs by Pierre Tartoue will be on display at the Pawnee Bill Ranch and Museum through Sunday, July 31.

Pierre Tartoue (1885–1976) was born in the harbor town of Saint-Nazaire on the western shores of France, and in his lifetime made his way across most of the continental United States. From the late 1930s to early 1950s he spent most of his time in Oklahoma, painting and producing photographs that witnessed a tremendous renaissance in Indigenous communities, including the emergence of large intertribal expositions and sacred gatherings. This rebirth would not have been possible without strong multigenerational Indigenous families. This exhibit was curated by Matt Reed and Jacquelyn Sparks. 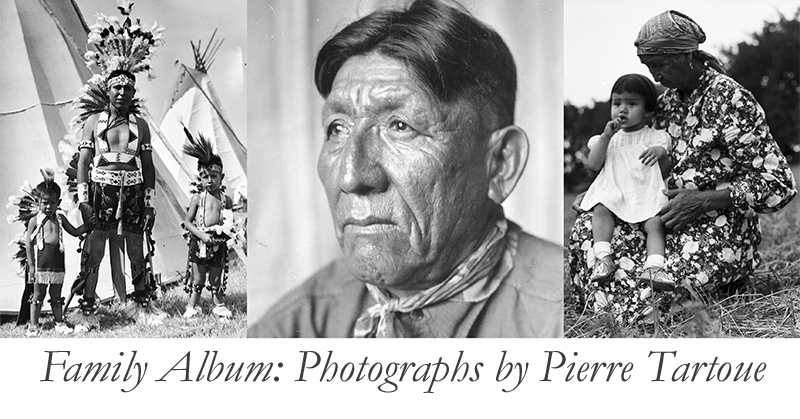