“The Soldiers of the First Kansas Volunteer Infantry” presentation by Art T. Burton

Honey Springs Battlefield will host a special presentation about the contributions of the First Kansas Volunteer Infantry Regiment during the Civil War. The program will be held at the Honey Springs Battlefield Visitor Center on Friday, July 23, at 7 p.m. Retired professor and award-winning author Art T. Burton will speak about the soldiers of the First Kansas Volunteer Infantry Regiment who fought bravely at the Battle of Honey Springs on July 17, 1863.

The First Kansas Volunteer Infantry Regiment soldiers were well-trained and equipped. In October 1862, they were attacked by Confederate forces near Butler, Missouri, in the Battle of Island Mound, making them the first African American Union regiment to shed blood in action against the enemy during the Civil War. The unit also saw action at Cabin Creek Battlefield, Indian Territory, before arriving at Honey Springs Battlefield, Indian Territory.

Art T. Burton specializes in research of Black Americans in the Wild West and how they shaped history. As an author, he distinguished himself in 1991 when he wrote the first book about Black American and American Indian outlaws and lawmen in the Wild West. He is the author of Black, Red, and Deadly: Black and Indian Gunfighters of the Indian Territory, 1870–1907. This title was followed by his next book: Black, Buckskin, and Blue: African American Scouts and Soldiers on the Western Frontier, written in 1999, which was also a first of its kind. Burton has since written two biographical works: Black Gun, Silver Star: The Life and Legend of Frontier Marshal Bass Reeves (2008) and Cherokee Bill: Black Cowboy—Indian Outlaw (2020). In his most recent book, Burton gives great detail on how a veteran of the First Kansas Volunteer Infantry Regiment, Deputy US Marshal Ike Rogers, captured the notorious Indian Territory outlaw Cherokee Bill.

His work has brought him countless awards and recognitions, including earning a “Living Legend Award” by the Bare Bones Film Festival in Muskogee in 2015. 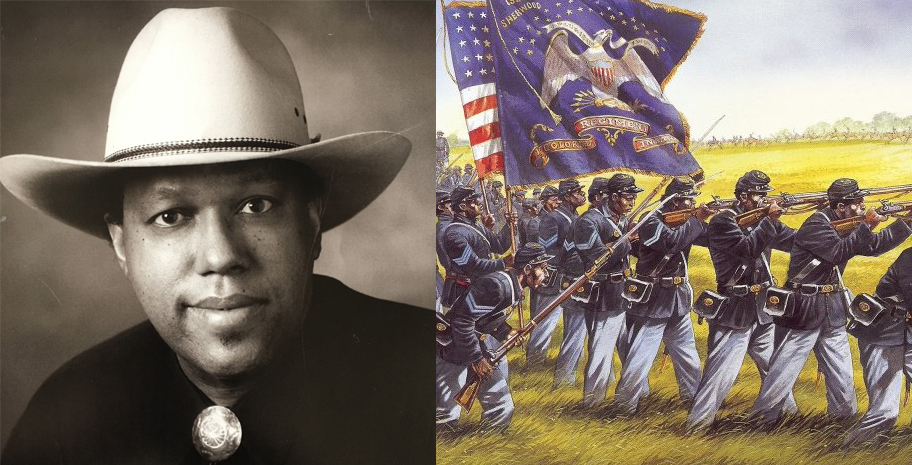