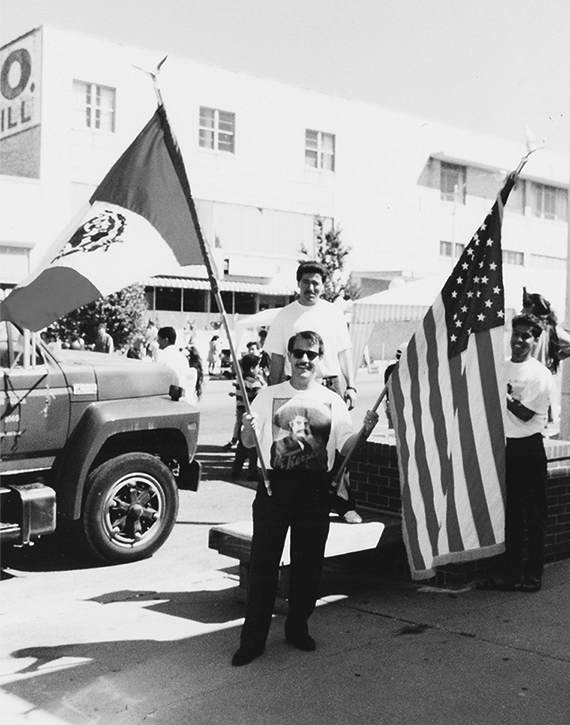 Latino history is woven into the wider story of Oklahoma from the beginning. European explorers from Mexico were the first non-indigenous people to explore the inhabitants and land that would one day be Oklahoma. From the 1830s to the 1880s, the cattle trails that ran throughout Indian Territory were populated with a significant number of vaqueros and cowboys who were either Mexican themselves or were influenced by the Mexican way of managing cattle. Then, as Indian Territory opened to non-tribal settlement, developing industries employed Mexicans in large numbers. After statehood, the Mexican Revolution spurred migration and permanent settlement in Oklahoma. The Latino population, almost exclusively Mexican, grew rapidly in these early days of statehood.

The Great Depression reversed this trend. World War II ushered in permanent Puerto Rican communities in the state around military bases, while the next two decades slowly restored the Mexican population.

In the 1960s, Oklahoma became a destination for Cuban refugees. In the 1970s, the booming petroleum industry invited the migration of Venezuelans to Tulsa because of the relocation of the CITGO headquarters there. At the same time, Guatemalan communities began emerging in Oklahoma in the wake of a devastating earthquake in that country in 1976. Changes in immigration policy in the 1980s and 1990s encouraged the growth of Latino communities. From the 1990s on, Latino communities in Oklahoma expanded the reach of their businesses, institutions, and power.