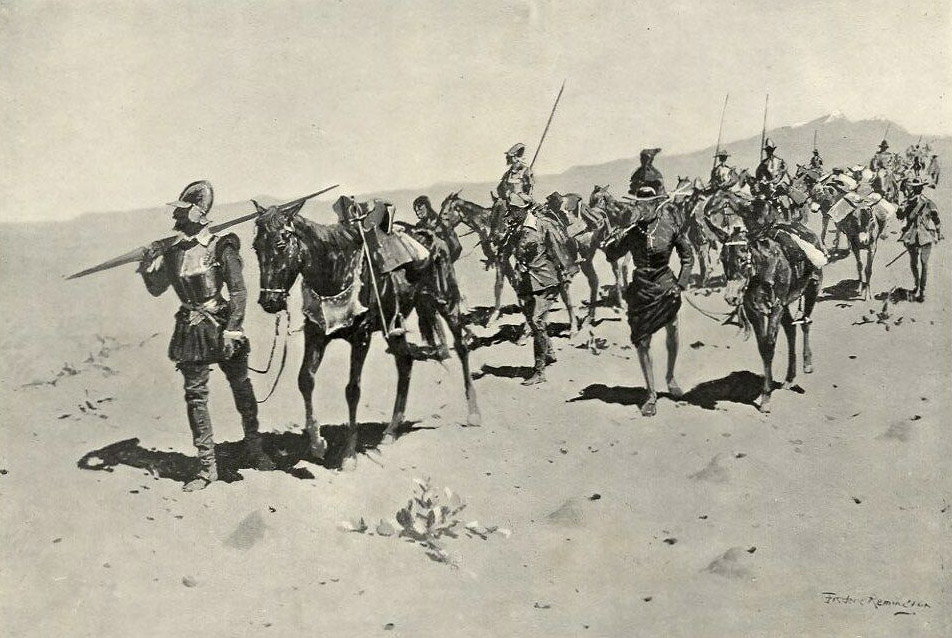 Coronado’s March by Frederic Remington (image courtesy of the Library of Congress).

Francisco Vásquez de Coronado, governor of a province in New Spain (present Mexico), set off on an expedition to locate the golden city of Cibola. In his search, he traveled through the land that would become Oklahoma. Later explorers, traveling northward from Mexico, attempted to find rumored cities of gold and establish religious missions to the indigenous people of Oklahoma, the Wichita. None of the expeditions resulted in permanent settlement, but they did provide early written historical records for the people living in the interior of North America in the century after Columbus. 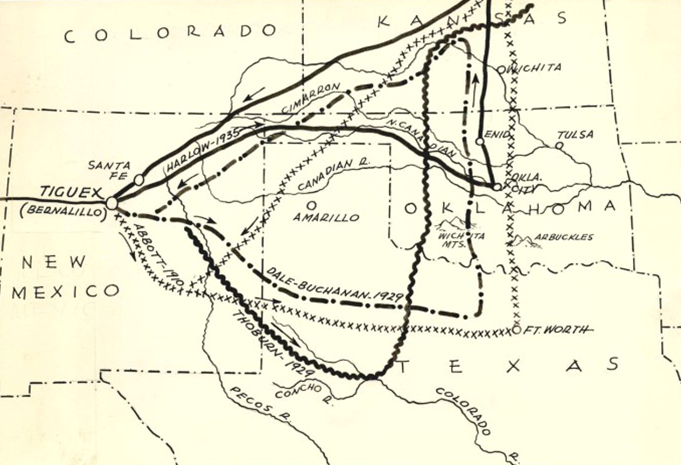 1939 map speculating about the routes of the Coronado Expedition (2012.201.B0144.0285, Oklahoma Publishing Company Photography Collection, OHS).