Vaqueros and the Cattle Trails 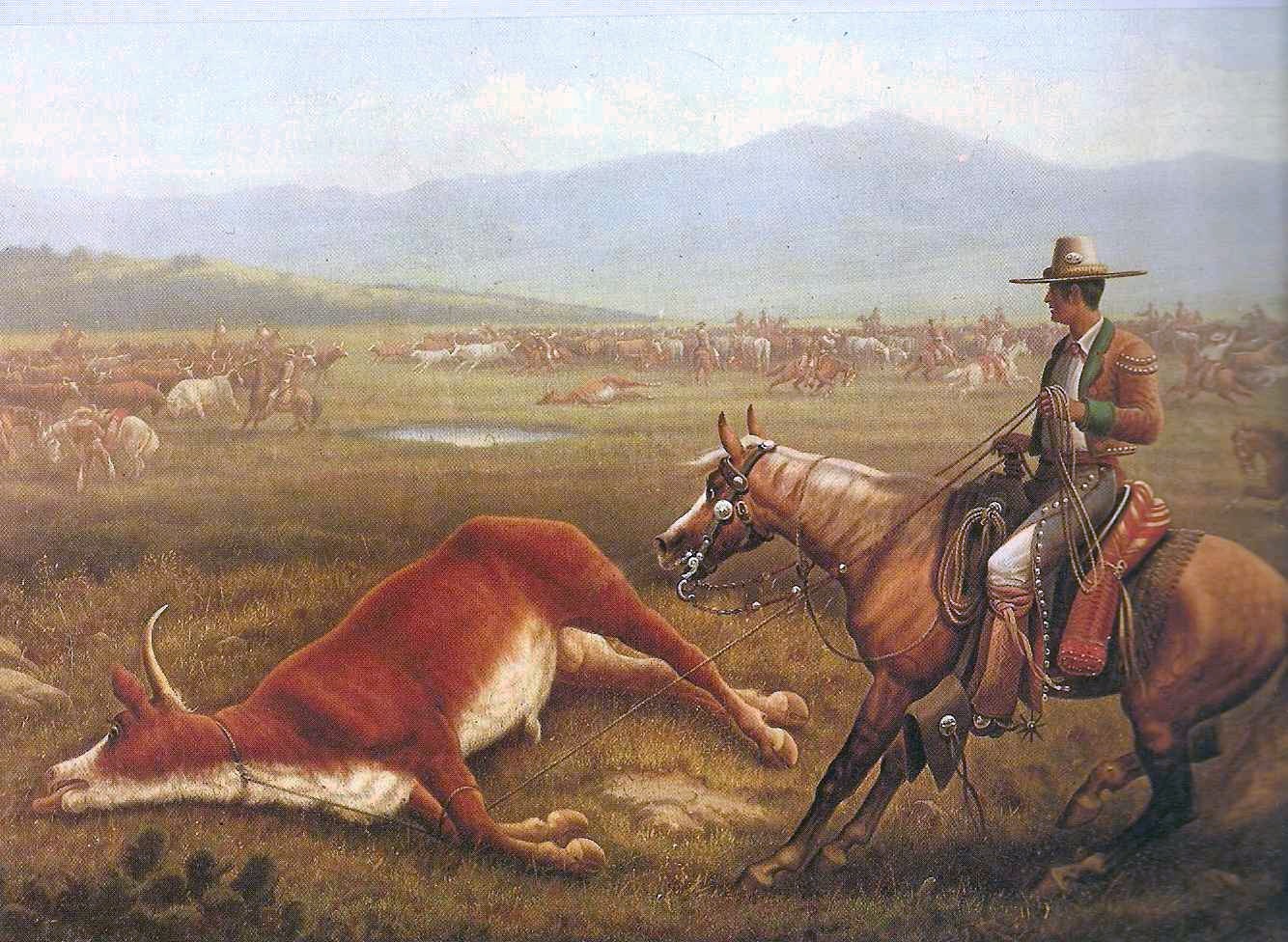 Livestock raising in the West originated on the rancheros of colonial Mexico. The indigenous people of Mexico were tied to a specific estate, called an encomienda. These huge land grants were awarded to the Spanish conquistadores who helped conquer the previous rulers, the Aztecs. The Indians were forced to provide labor to the encomendero, or owner of the land. One economic activity they engaged in was collecting the wild cattle and killing them for their hides and tal-ow. The Spanish landowners refused to perform manual labor, so they forced the Indians living on their encomienda to do it. These cattle herders were called vaqueros.

Although the encomienda system came to an end in the 1660s, livestock raising and the culture surrounding it did not. As Anglo populations increased in northern Mexico (present-day Texas) in the 1830s, they, too, wanted to take advantage of the wild cattle and sell their products to buyers on the coasts. Because they lacked the knowledge to manage large numbers of cattle, they frequently hired vaqueros to do so.

As the railroads reached the interior, the demand for beef increased to the point where moving live cattle to railheads in Kansas and Missouri became too lucrative to ignore. A longhorn might sell for $2 in Texas, but it earned $40 in Abilene. Increasing populations, advanced food preservation techniques, and urbanization all contributed to the market for cattle. Texas ranchers began paying groups of herders to walk hundreds of cattle along trails through Indian Territory to railroads. These trails, such as the Chisholm and Shawnee Trails, remain famous today. 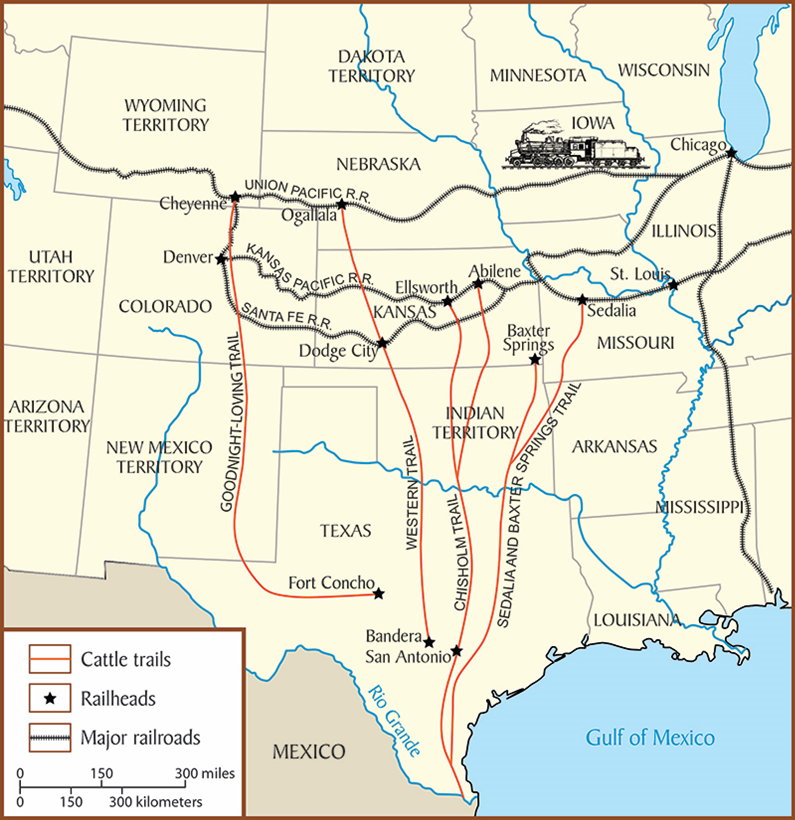 These cowboys followed the tradition of the vaqueros in the tools they used, the animal management techniques they employed, and the way they decorated their possessions. The long lariat used by cowboys is based on the vaquero’s reata. The saddle most frequently used in the west, with the large saddle horn on a raised pommel, is Mexican in style. The method for roping calves and horses is rooted in vaquero traditions. The shape, style, and decoration of American and Mexican quirts, spurs, and boots are closely related.

The words they used on the trails were frequently Spanish—the stable of horses that traveled for the use of the cowboys was called a remuda. Cattle roundups were called rodeos and the loop at the end of the cowboy’s most important tool, the rope, was called a lazo, or lasso.

This work remained available for vaqueros throughout the western United States until the early 1900s. In many western states, Mexican and Tejano workers made up over half the workforce on ranches. They, and the Black cowboys they rode and worked alongside, were paid half the wage of an Anglo cowboy. Vaqueros seldom received promotions in these organizations. On Texas’s King Ranch, most of the lower-paid ranch hands were Mexican-Americans while the foremen, or boss, were Anglo. 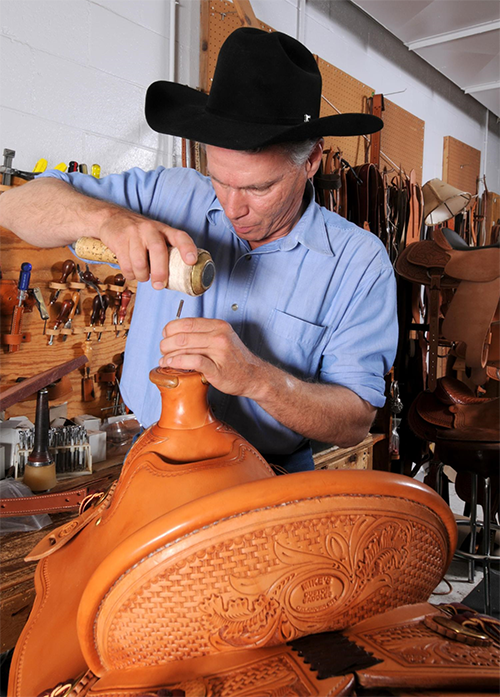