Home |   Learn |  The Opening of Oklahoma

A gunshot fired. A cannon roared. Horses startled and wagons sprang to life. On April 22, 1889, settlers flooded into the region of central Oklahoma known as the Unassigned Lands. President Benjamin Harrison had signed a proclamation on March 23, 1889, opening the land to non-Indian settlers, and people came from across the country to claim it. According to the Homestead Act of 1862, if a settler could stay on the land they claimed for five years and improved it, the land would be theirs free and clear. Land ownership during this time offered stability and status in a way money did not. Owning land also offered the potential for great wealth for both farmers and land speculators. Both groups participated in the land runs and openings in great numbers. Other enterprising individuals, offering a skill or service, understood the demands of these newly populated areas and traveled here not to farm or trade in land, but to provide the materials and services needed to transform Oklahoma into a functioning economy. Cities sprang up in a matter of hours. This opportunity came at a great cost to those already living here. The opening of Oklahoma to non-Indian settlement offers the drama of a great story bearing both tragedy and hope. 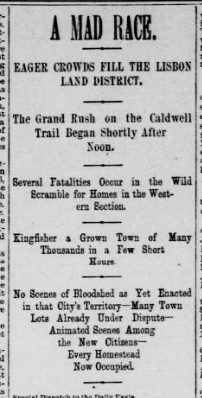 Wichita Eagle, April 24, 1889 (image courtesy of the Library of Congress). 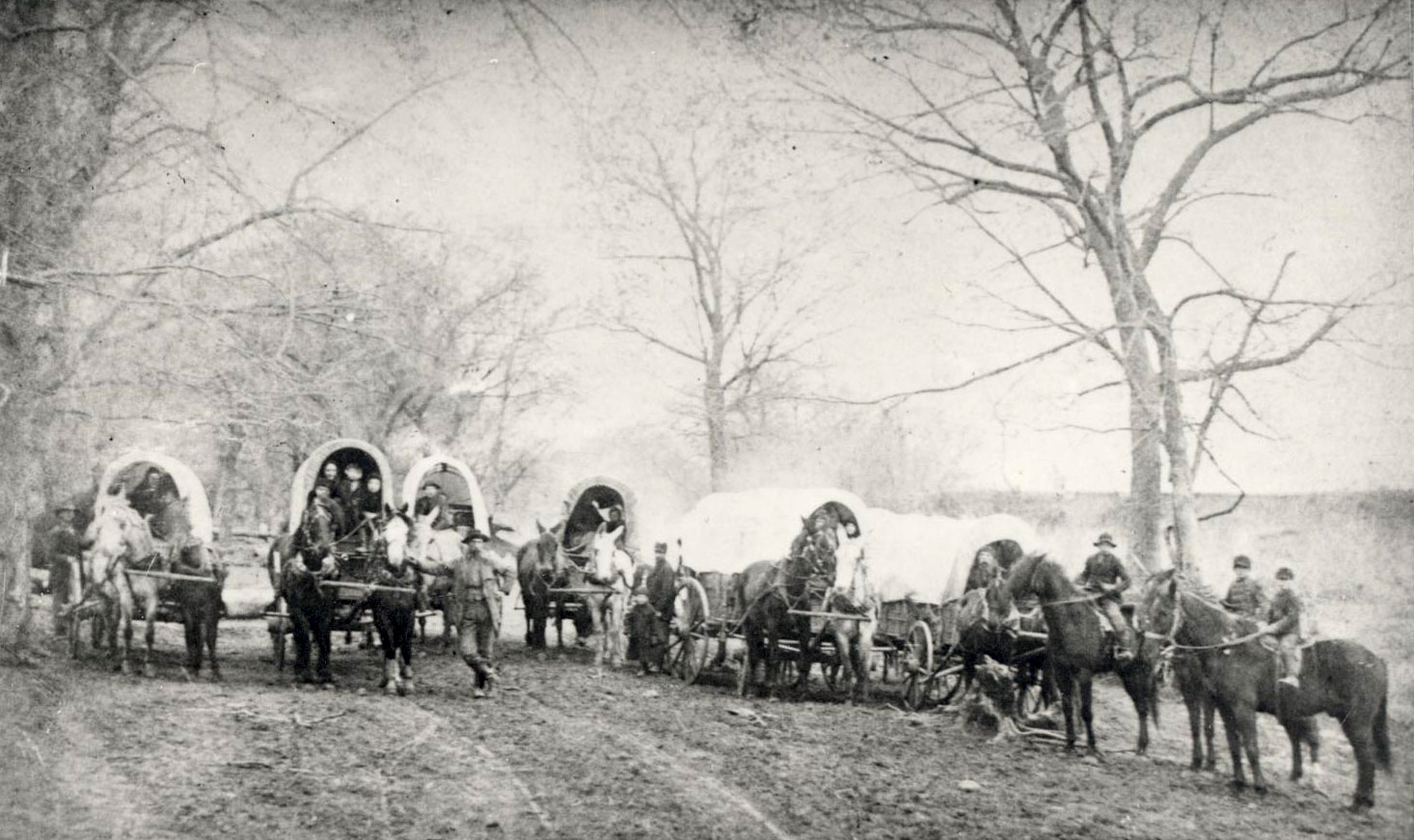