Home |    The Opening of Oklahoma |  The First Land Run 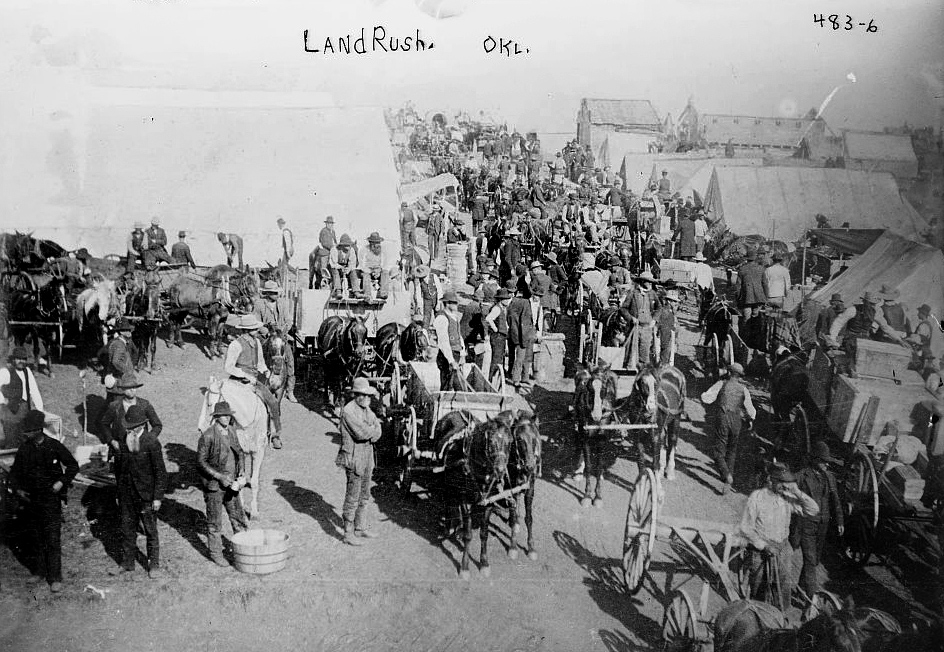 The Land Run of 1889 (image courtesy of the Library of Congress).

The first land run opened the Unassigned Lands in the center of Indian Territory. Surrounded by different tribal nations, this land had not been assigned to any tribes. While the rest of what would become the state of Oklahoma required the process of allotment and other legislation to open, this portion did not. Congressman William Springer simply added an amendment to a spending bill allowing the president to open the area to settlers. President Benjamin Harrison signed the bill and the process to open the land began. The requirements to participate in the land run were easy given the time period. Single women were welcome to attempt a claim, as were African Americans.

In the month between the president's signature and the April 22 gunshot, hopeful landowners-to-be massed along the borders of Indian Territory, especially in Kansas. US troops did what they could to prevent sooners from gaining access to the land early. In that endeavor, they had some successes and some failures.

On the day of the race, participants attempted every mode of transportation: special trains, wagons, horseback, bicycles, and walking feet. Special "boomer" trains were required to observe a speed limit, that of a horse, to try to keep things fair. Witnesses emphasized the inevitable chaos of the land run. As the day came to a close, over two million acres of land had been claimed and two cities of over 10,000 each sprang up. The method for distributing land caused some knotty problems. It was easy enough for honest people to make a claim on the same land because they were on the opposite sides of hill. There were also several bad actors who bullied and intimidated their way into land claims. Some of the disputes went into the court system and took years to resolve. 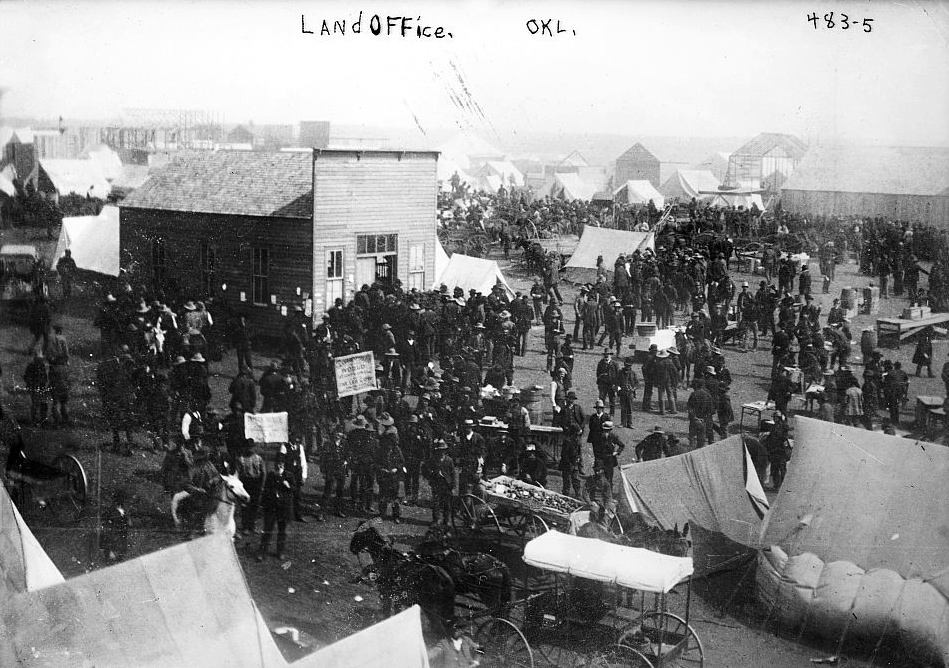 People registering their claims at the Land Office (image courtesy of the Library of Congress).