Home |    The Opening of Oklahoma |  Before the Land Runs

Before the Land Runs

Indian Territory and the Five Tribes

Much of the land that is now Oklahoma was used to relocate various Indian nations during the nineteenth century. In 1803, the United States paid France for the Louisiana Purchase. This doubled the size of the United States and increased the number of indigenous groups within its boundaries. Once this sparsely settled land was added to the country, some people suggested a change in policy toward the Indian nations who lived amongst the people of the US in the heavily populated east. Several tribal nations lived in the southeast and controlled large territories. White settlers were not allowed to use this land. As cotton production became more profitable, whites in the southeast began demanding their state and federal governments do something to allow them to take control of the land.

Some non-Indian leaders argued that moving the tribes to the west, where European settlement had not reached, would be the best policy. They said that this would help everyone. White settlers could use the land purchased from the tribes in the southeast. The citizens of the Five Tribes, once removed, would be able to live as they wanted without the intense pressures of their neighbors demanding their land. People who supported removal saw it as a very long-term solution, suggesting it would take a very long time for white settlement to move that far west. 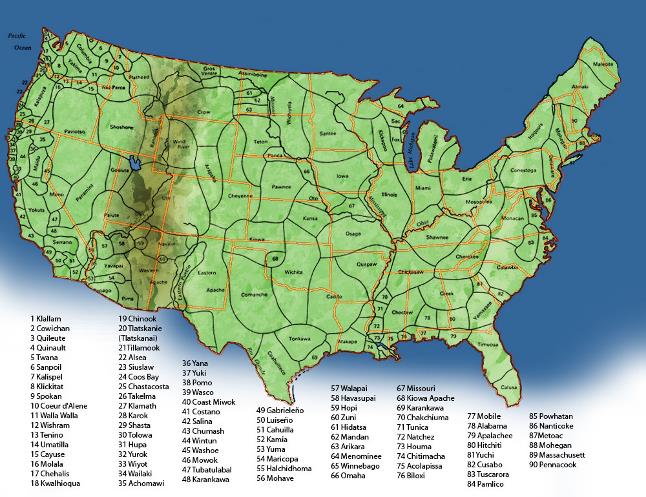 Most of the members of the Five Tribes objected to the idea of selling their land and moving hundreds of miles away. In 1830, Congress passed the Indian Removal Act. This law instructed the president to negotiate with the tribes and arrange for their removal to Indian Territory. At the same time, the Cherokee had taken the state of Georgia to court because state officials ignored the tribe’s sovereignty, or the tribe’s right to make decisions for themselves. The Supreme Court found, in a series of cases, that while the federal government has some authority over the different tribes, the tribes also have a fundamental right to make decisions about their citizens. This meant that the federal government had to get the tribes to agree to removal, or the government would violate the Constitution. Andrew Jackson, who was president at the time of these decisions and a supporter of removal, ignored the Supreme Court.

The Five Tribes, both the leadership and the people, did not want to move. Three of the tribes, the Choctaw, Chickasaw, and the Muscogee (Creek), reluctantly concluded treaties with the US government. The Cherokee continued to resist. Jackson negotiated with a small group within the tribe that did not have the right to speak for the tribe as a whole. Jackson then used the signed agreement to force the entire tribe to move. The Seminole Nation retreated further into their territory in Florida and fought the Second Seminole War in their attempt to stay on their land. Although they never surrendered and never signed a treaty, most of the Seminole moved at the conclusion of the war. Sometimes referred to as the "Trail of Tears," this brutal migration to Indian Territory resulted in thousands of deaths and trauma for the survivors. Other tribes, such as the Shawnee, Potawatomi, the Sac and Fox were also removed from their original homelands. Not all settled in Indian Territory at the this time. 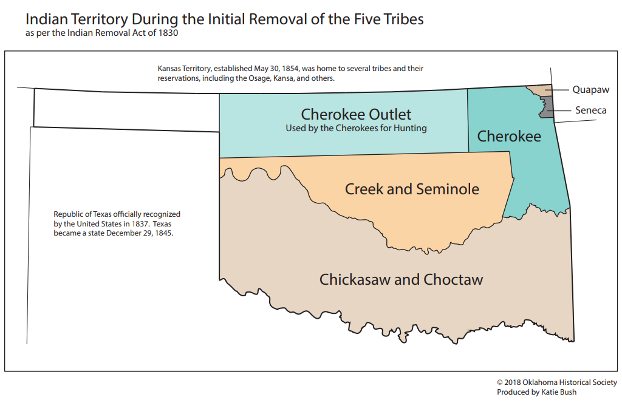 While many people at the beginning of the 1800s believed it would take a very long time to fill the continent, it did not. The boundaries of the Five Tribes changed significantly after the Civil War. Because some tribal factions with the Confederacy during the war, the US government viewed all of the tribes as enemies who should be punished. The government forced the Five Tribes to renegotiate their treaties. The new treaties required the Five Tribes to cede a large amount of land. The government used this land to remove other tribes from their original homelands and place them on reservations. 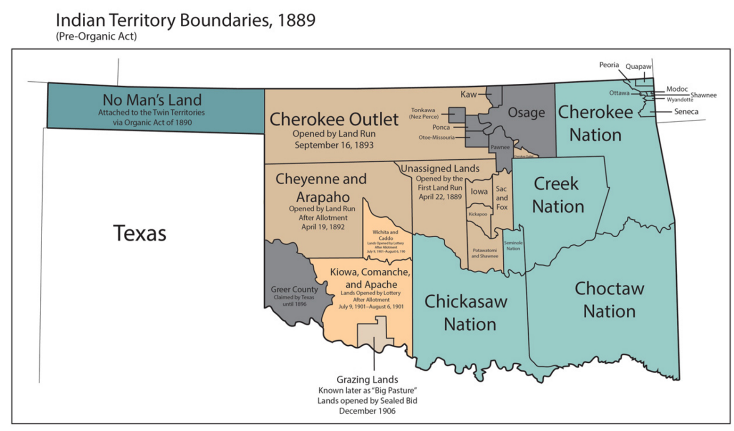 This policy toward different tribes, especially the nomadic Plains tribes who ranged over large territories to sustain their populations, was rooted in an American objection to different tribal beliefs about land, its proper use, and whether land can be private property. While Indians, as a whole, lacked a single set of beliefs regarding those questions about land, the tribal nations generally rejected the idea that land could be privately owned. The land in Indian Territory was owned by the tribe as a whole and all the citizens had access to use it in providing for their families. This approach led to some severe inequalities within the tribe, but it also ensured a subsistence for everyone.

Most leaders and people in the United States deeply objected to tribal members’ refusal to accept private property. Many people argued that the different tribes did not use their land well, and it was wrong to allow them to keep control of it when there were Americans who wanted to intensively farm the land. Most people believed that living according to European beliefs was the "highest" form of civilization possible. They argued that Indian nations were not as "evolved." According to this view, the people who would use the land the "best" should get the land. It did not matter whose land it was originally. They also believed that individual Indians would have to assimilate with this higher level of civilization to survive. They said both ways of living could not exist together for very long.

After the Civil War, the United States fought a series of wars against the tribes in the interior of the country. Although the different tribes effectively challenged the military power of the United States for decades, ultimately each tribe lost. The US negotiated treaties that required each of the tribes to give up much or all of their homeland and accept a much smaller parcel of land called a reservation. This cession of land created space for non-Indian settlers. This policy is called concentration.

Raised in New England following his father’s assassination, Elias C. Boudinot studied law and dabbled in politics. This background proved instrumental in Boudinot’s future, as did the internal divisions of the Cherokee tribe that worsened as a result of the Civil War. A loss in a Supreme Court case in 1868 led Boudinot to believe that American Indians should seek the protection of the United States Constitution and secure property rights as individuals rather than through tribal ownership. During the 1870s, Boudinot worked as a railroad attorney and spent much of his time in Washington.

On February 17, 1879, in a letter to the Chicago Times, Boudinot claimed that fourteen million acres of Indian Territory, including the Unassigned Lands, should be considered public domain and opened to non-Indian settlers. Boudinot’s letter spread to other papers throughout the United States, motivating David Payne and other homesteaders to seek land in the territory.

Boudinot died in Fort Smith on September 27, 1890, just a year after the first land run. 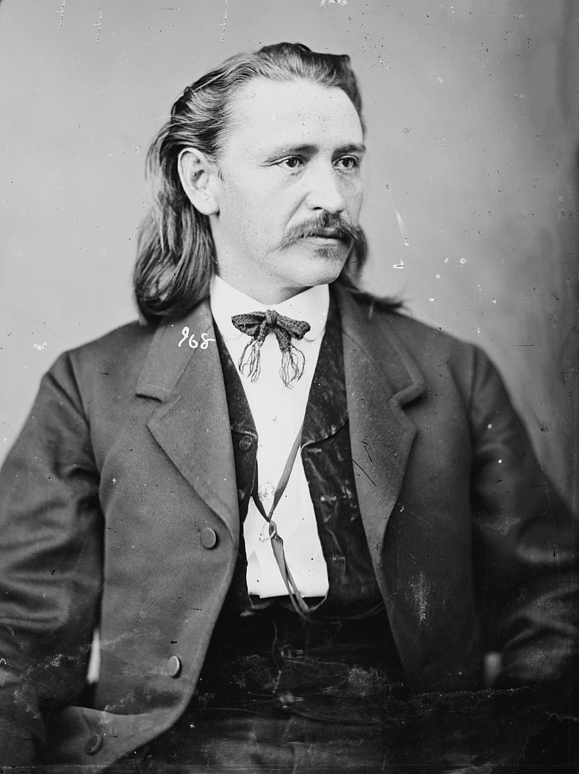 Elias C. Boudinot (image courtesy of the Library of Congress).

David L. Payne helped launch the campaign to open the Unassigned Lands in Indian Territory to homesteaders. After moving to Kansas in 1858, Payne was elected to the Kansas Legislature and eventually held minor political posts in Washington, where he learned about the possibility of obtaining land if “the Oklahoma country” was opened to settlement. In August of 1879 he began organizing settlers to move into the Unassigned Lands. Between 1879 and 1884, Payne led a number of expeditions into the Unassigned Lands. Each time, Payne was arrested and returned to Kansas by the US Army because it was illegal for whites to settle in Indian Territory.

During an early expedition, Payne and his followers erected a stockade, platted their town, and began opening the fields for planting before soldiers from Fort Reno arrested the group and escorted them to Kansas. The government maintained treaty stipulations with the Indian nations denying the boomers access to the Unassigned Lands and eventually tried Payne before Judge Isaac C. Parker in Fort Smith. Payne continued to push for the settlement of the area. In 1884 he went on a speaking tour to raise money for the Boomer Movement. Payne died in a Wellington, Kansas, hotel on November 28, 1884. Despite his death, the campaign for opening the Unassigned Lands continued until the opening of the territory in 1889. 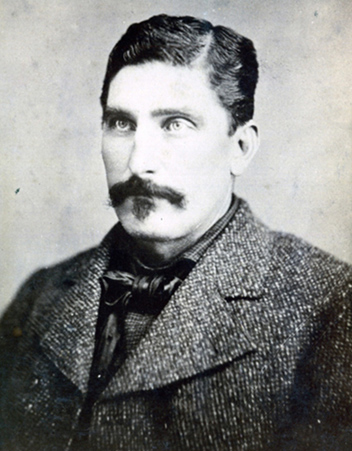