Home |    The Opening of Oklahoma |  Activities

Many American Indians refused to cooperate with the allotment process. At several points, people who refused their allotment were asked why. These individuals had to explain and justify why they rejected this offer of land. Read the newspaper article about the views of Artus Hotiya and the Senate testimony of Redbird Smith and think about the questions below.

Why does Mr. Hotiya refuse allotment?

Why does Mr. Smith refuse?

Do they share any reasons for their choice? How do they differ? 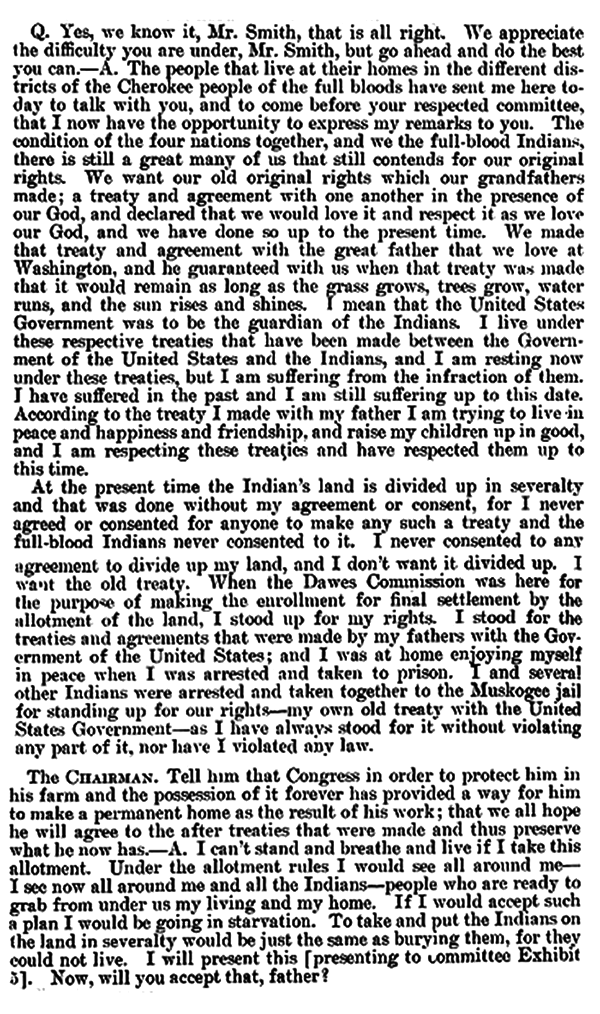 Testimony of Redbird Smith. Report of the Select committee to investigate matters connected with affairs in the Indian Territory with Hearings, November 11, 1906–January 9, 1907.

Although the Dawes Act and allotment are considered to be policies that negatively impacted the tribes, these nations managed to survive into the current century. Many of these nations operate websites that present these historical events from their perspective. Follow the links on this page to learn how different tribes present their ancestors’ experiences during the allotment period.

In the 1930s, the government paid writers to develop an archive called the Indian Pioneer Papers. Containing thousands of interviews, this collection offers insight into the social history of Oklahoma before statehood. You can search this collection at https://digital.libraries.ou.edu/whc/pioneer/.

Locate five interviews that document the land runs. As you read them, consider what they have in common. For example, do most of them describe a particular challenge (lack of resources, disorganization) or topic (family, food)? If there is agreement, then that element is likely key to understanding the event and experience. Once you have examined these records, write one of the following: 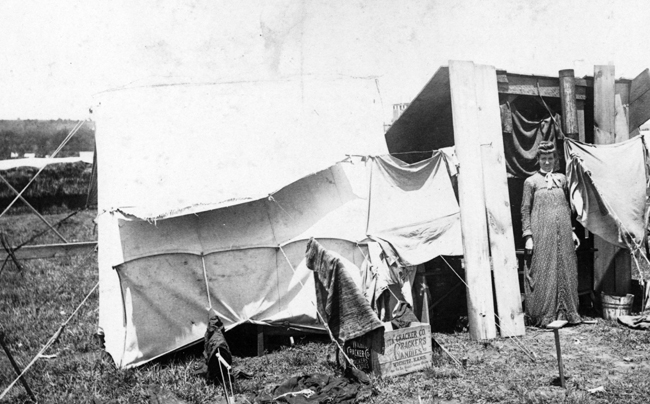 You may find that the participants in the runs frequently describe their living arrangements. A woman holding down a claim on a town lot in Guthrie, Oklahoma Territory, following the Land Run of 1889 (15727, D. S. Mitchell Collection, OHS).