Home |    The Opening of Oklahoma |  The Dawes Commission

The Dawes Commission and the Allotment of the Five Tribes

The Dawes Act did not apply to the Five Tribes, but it did not take long for Congress to decide that allotment was also a good idea for the Five Tribes. In 1893, a bill funding the Indian Office established a commission tasked with convincing the Five Tribes to allow the allotment process in their nations. The commission organized in late 1893. They began the process of contacting the tribal leadership, getting the membership lists, and starting discussions about breaking up the tribal land. The leadership of the Five Tribes largely ignored the requests of the commission for months, and the commission accomplished little until it was strengthened by Congress with the Curtis Act of 1898. The process was complicated beyond one party’s refusal to cooperate. Other challenges included the different tribes holding a range of attitudes towards their former enslaved people, commonly referred to as Freedmen. The government had forced the tribes to include these African Americans in their tribes after the Civil War, and now there were significant disagreements concerning what should be due the Freedmen. There were also affiliated bands of tribal nations living outside of Oklahoma, particularly the Choctaw, that required consideration.

The Dawes Commission oversaw the process of allotment for the Five Tribes. They managed the membership rolls and surveying of the land, and attempted to ensure the allotments were fairly distributed. They handled disputes between claimants and assessed the value of improvements to land parcels where people were already living. They advertised, monitored, and recorded land agreements between Indians and others. The Dawes Commission had some say in where towns organized.

Congress passed the Curtis Act in 1898 because the Dawes Commission had made little progress in the first two years of negotiating. This law allowed the Dawes Commission to take over the several functions of the tribal government, such as law enforcement and determining citizenship. It called for the dissolution of tribal government. The practical effect of the Curtis Act is that it allowed allotment to proceed even though the elected tribal governments refused to consent. The law also allowed for the development of towns and made provisions for residents to vote for local officials. 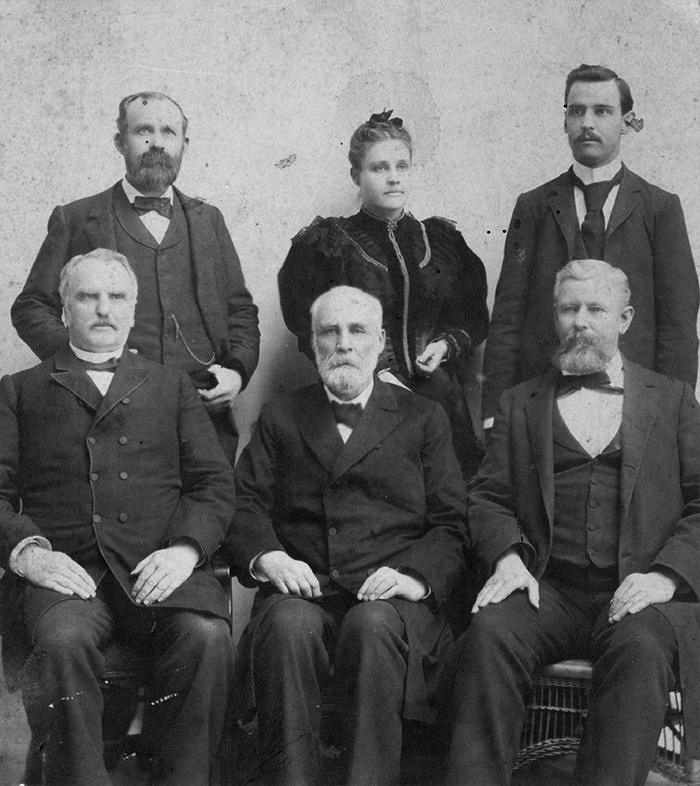 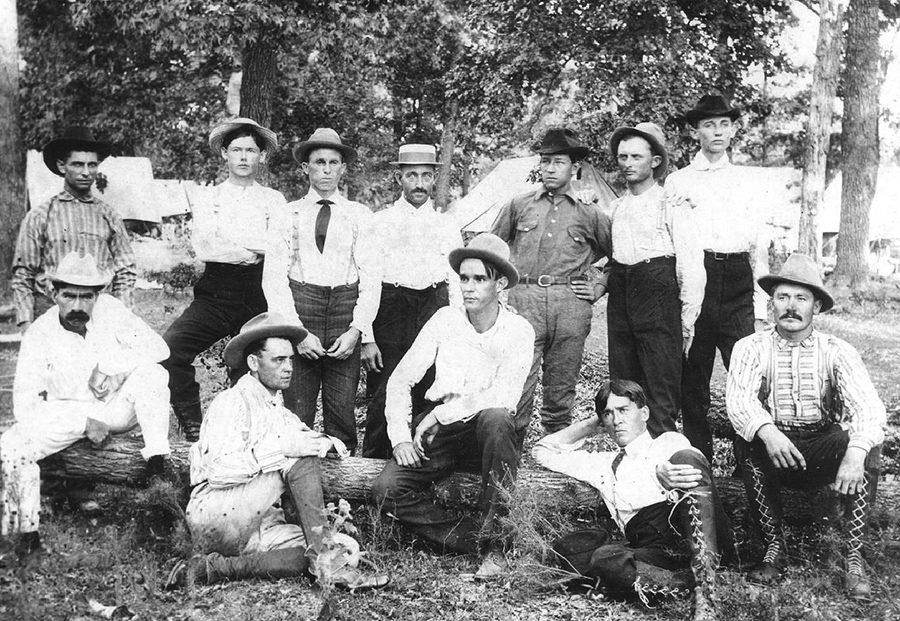 The tribal governments showed their position by refusing to engage with the Dawes Commission in any meaningful way, until the Curtis Act allowed the commission to circumvent the tribal governments. There was great division amongst the membership of the tribes with large numbers of each tribes supporting and looking forward to allotment. The majorities within the Five Tribes opposed allotment to one degree or another. In the numerous instances of Indians testifying before Congressional committees, the dominant position offered was a desire to go back to the treaties of the 1830s that guaranteed tribal sovereignty and promised non-interference by the US government. This position frustrated the committee members to no end.

The vast majority of individuals strongly opposed to allotment refused to participate in the selection process, complicating and extending the time and effort of the Dawes Commission. The Nighthawk Keetoowah Society, organized by Redbird Smith, focused efforts to resist allotment in the Cherokee tribe. Their members refused to accept allotment, and moved to the area around Blackgum Mountain to avoid modernization and the allotment process.

The Crazy Snake movement is probably the most well known active resistance to allotment. Followers of Chitto Harjo, Muscogee (Creek), attempted to establish an alternate tribal government, claiming a following of over five thousand. They targeted tribal members that supported allotment, taking their property and administering whippings. Once violence began, the authorities became involved and tracked down the “Snakes.” A brief clash resulted in the death of a posse member. The military was called in, although the principal actors surrendered shortly after. Close to two hundred were arrested, but most were freed once they broke their loyalty to the Snake movement. Eighteen served sentences for other crimes.

These efforts failed in their attempt to reverse allotment. They did lead to a broader political movement opposing Indian policy called the Four Mothers Nation, and laid the groundwork for a reevaluation of Indian policy in the 1930s. 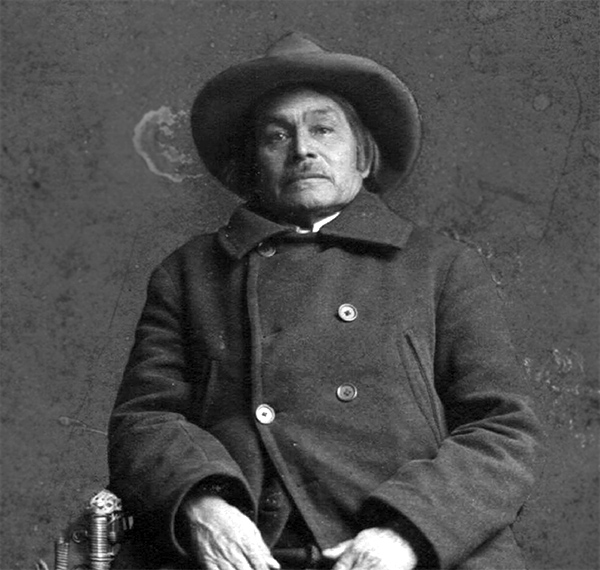 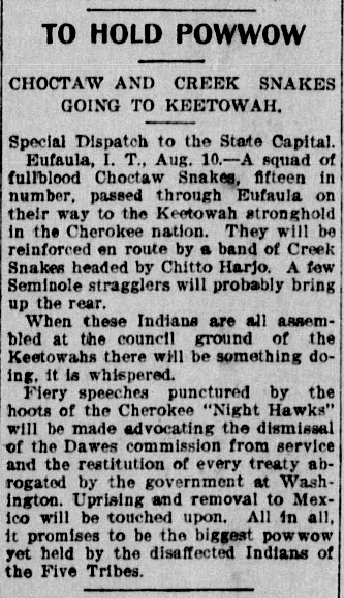