Delaware and the Dawes Roll

This distinction played a role in the allotment process. According to Delaware Indians v. Cherokee Nation (US Reports 193, p. 127), the surviving 1868 Registered Delaware were entitled to 160 acres of land, while their descendants were to share land equally with the Cherokee Citizens by Blood. This decision meant that sections of land set aside for the 1868 Registered Delaware could not be claimed by Cherokee. The Adopted Delaware were to take part in the allotment process with the rest of the Cherokee.

Most Delaware applicants will have an Old Series Delaware enrollment card. Although these cards were canceled, they do reference the card to which the applicant was transferred.

The Delaware Register of 1868 is available on microfilm in the Oklahoma Historical Society Research Center on National Archives Roll 7RA73. 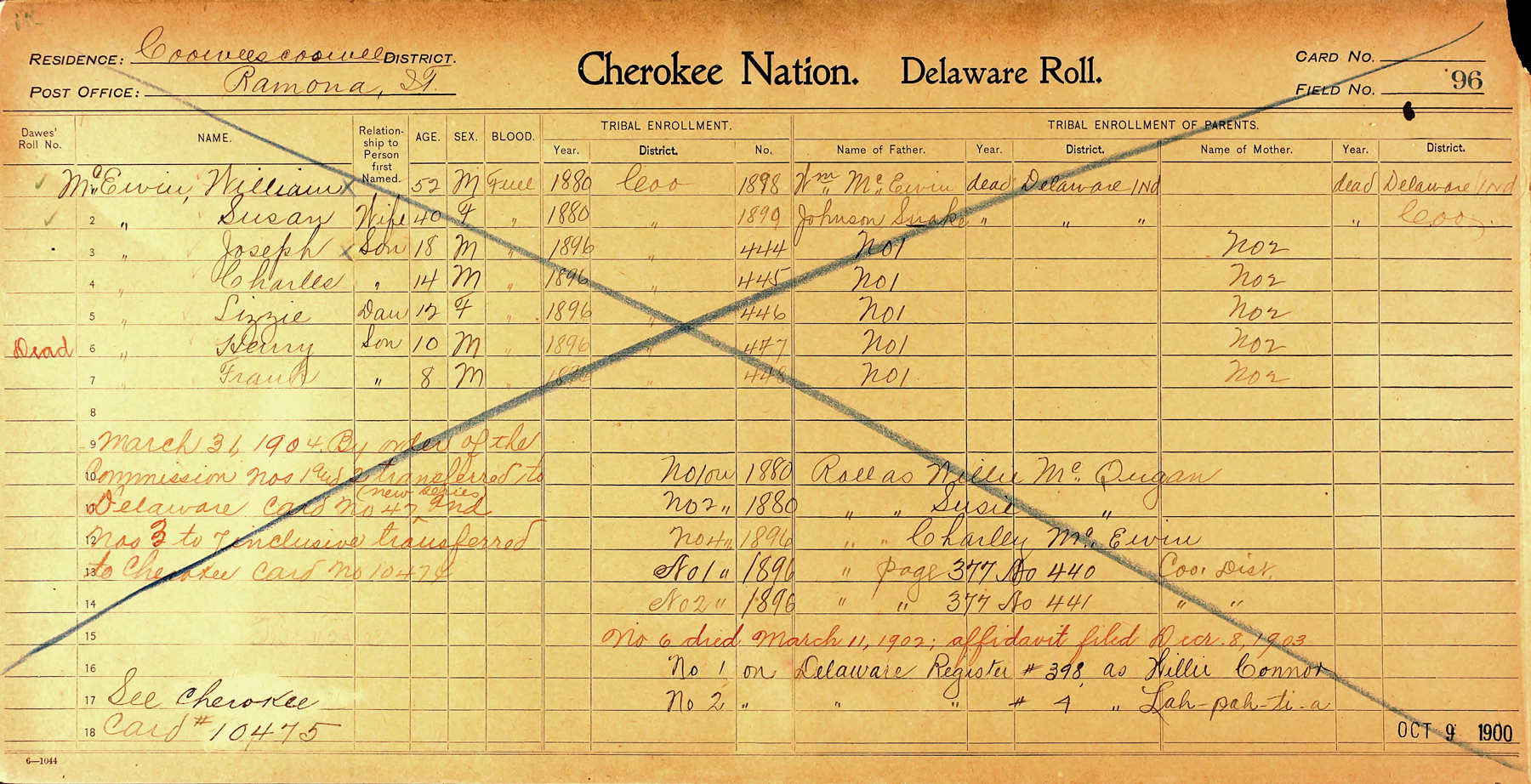 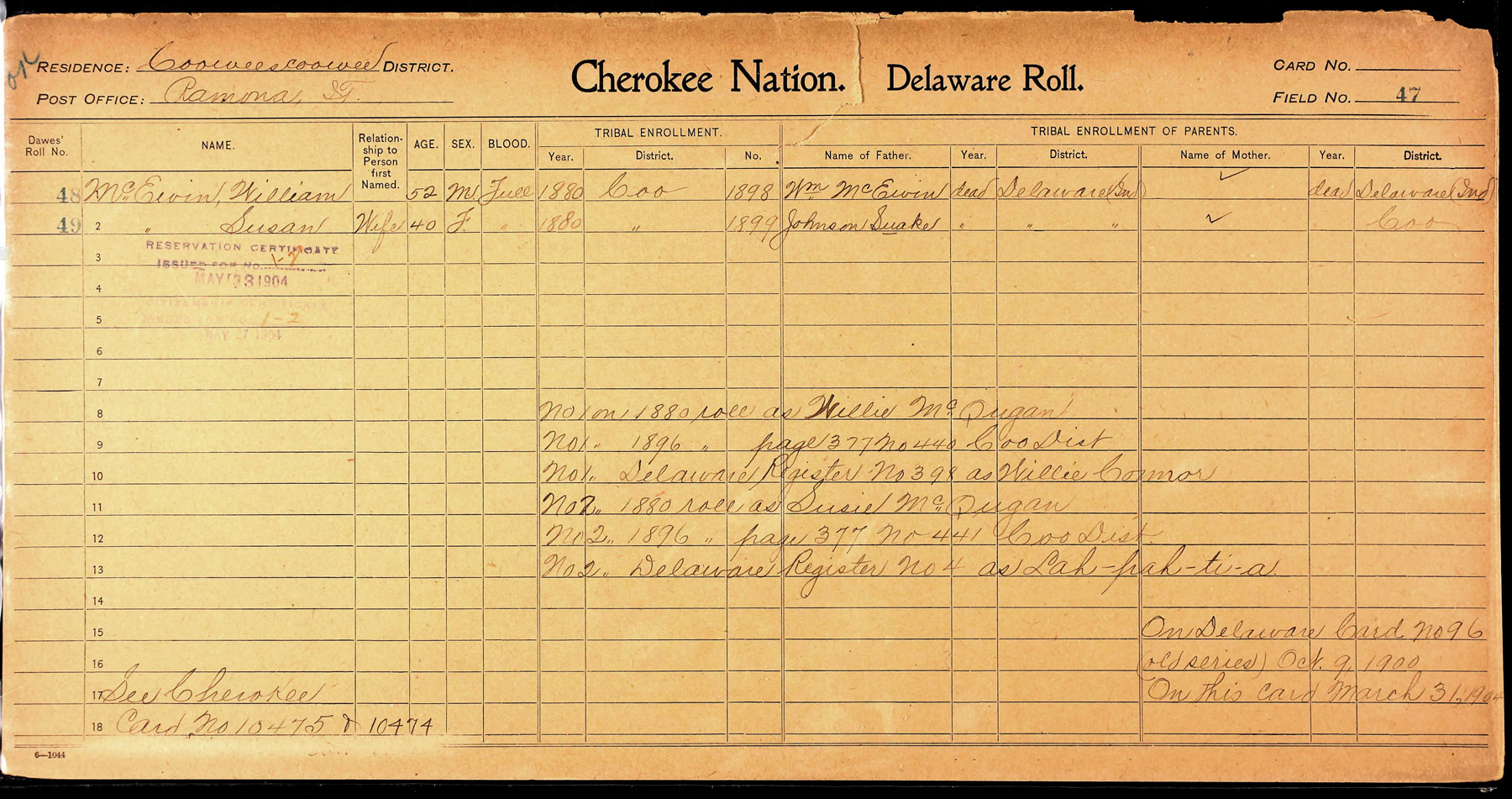 William and Susan McEwin, Delaware Card #47
Because William and his wife Susan were listed on the Delaware Register of 1868, they were transferred to a Cherokee Nation Delaware Card (new series) and given their final roll numbers. 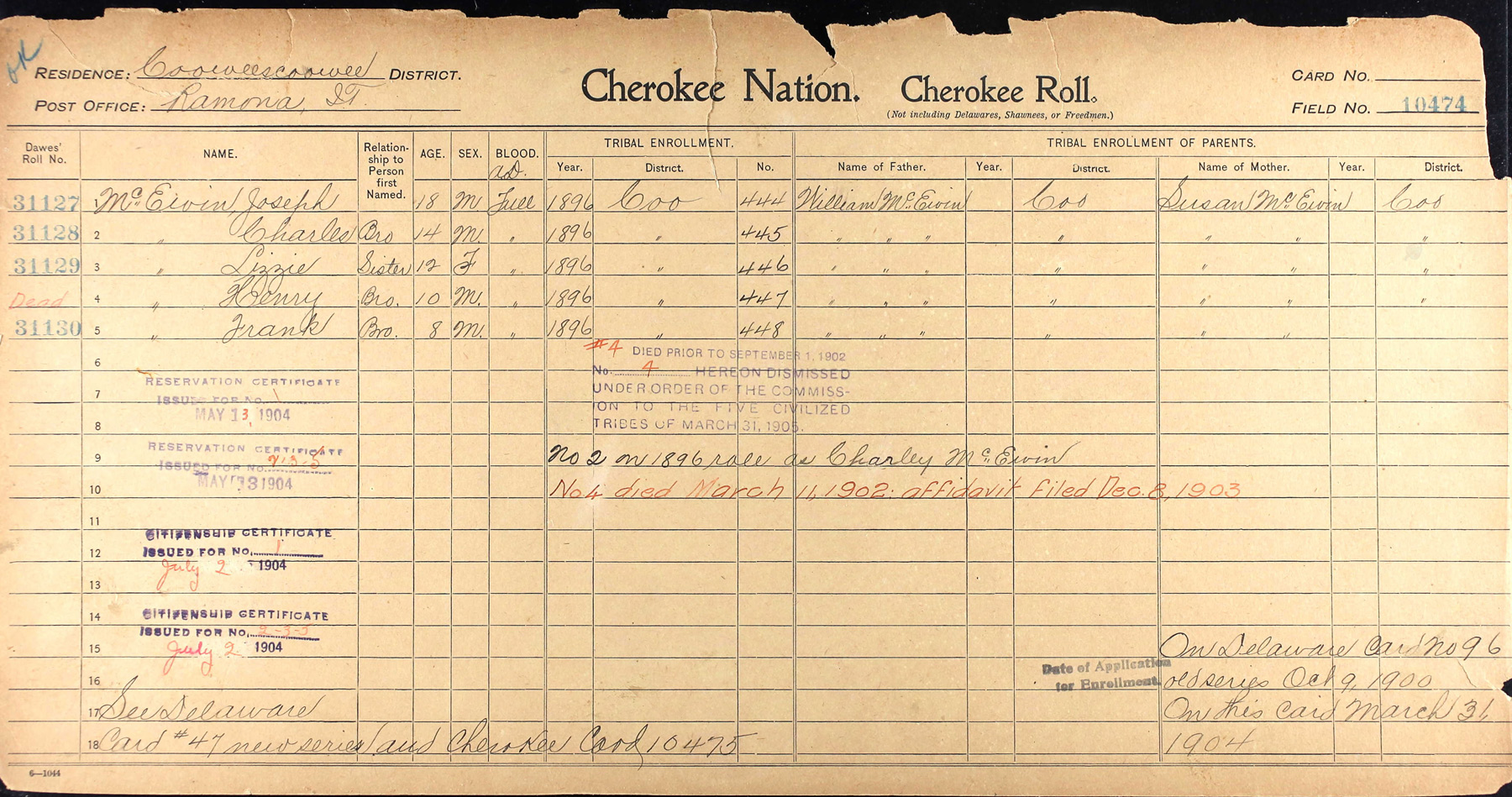