Documentary photography was an important tool for Lewis Hine not only to generate social change; it also served as a form of art. Hine was able to capture the real life struggles of child laborers while also evoking emotion and sympathy for his subjects as works of art. Lewis Hine scholar Judith Gutman said that his “sympathy for the homeless, downtrodden, and the abused, roused the conscience of the Nation.” Could this have been accomplished without the compassion of the photographer, armed with the knowledge of how to take a great photograph?

Photography, because of its mechanical nature, lends itself to document the world as it is, and for many, that is its sole function: however, a person behind the lens who maneuvers and positions the camera, and it is that person alone who sees and translates what we see in the final image. It was Hine's vision that produced the photographic documents in such a way that would move people to action. A camera could not do that on its own. 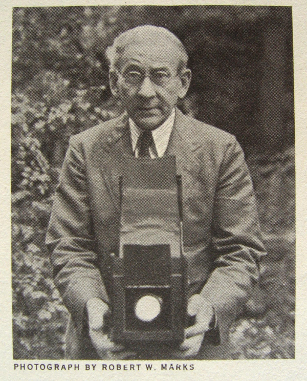 Lewis Hine with his camera (image courtesy of the Huffington Post).